With nearly 25,000 votes between our poll and individual email submissions it took us a little more time to tally things up than we originally planned.But now that the hard part is over, we are pleased to announce our winner… 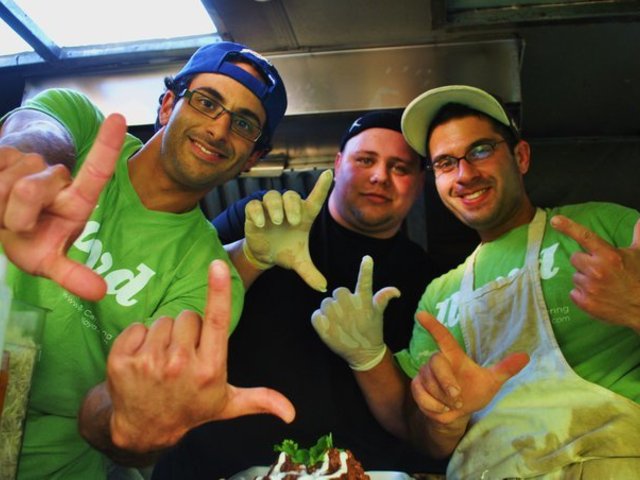 Congratulations to the Lloyd Taco Truck in Buffalo, New York on winning the Mobile Cuisine 2014 Food Truck Taco of the Year Contest!  We’re super excited to tell you a little about them.

Childhood friends Chris Dorsaneo and Peter Cimino wanted to create a business concept that would take Buffalo by storm.  Chef Chris and self-proclaimed, “serial entrepreneur” Peter dreamt up the concept that is Lloyd.  Lloyd is so many things, but to the lucky and devoted folks of Buffalo, “he” is the purveyor of authentic, creative and delicious Mexican street food.  Whether you’re dining from OG Lloyd, Lloyd dos, or Lloyd the III, you’re bound to get tasty tacos, nachos and more!