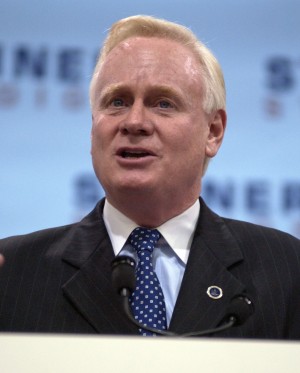 Golden (R–Bay Ridge) blamed Hinsch’s impending March 1 closure on a pair of halal vendors that park down the block on Fifth Avenue between 86th and 87th streets, claiming the carts forced the ice cream parlor out of business because they benefit from unfair advantages, such as not paying rent or utilities.

“In large part, the thriving food cart industry on the corner has closed Hinsch’s,” said Golden, calling for a crackdown on street sellers. “The vendors have won this battle, but we can’t allow this to continue.”

Hinsch’s co-owner Roger Desmond — who saved his soda fountain from the brink of closure in 2011 — said he was never in competition with the chicken-and-rice peddlers because his confectionery appealed to young families and the elderly, while cart-goers were typically 20-something singles.

“The clientele I have is not a food cart type-clientele,” he said. “They had nothing to do with Hinsch’s closing.”

Desmond doesn’t blame the carts for the death of Hinsch’s — but he’s no fan of the falafel wagons.

Last spring, Desmond — who pays $9,000 in monthly rent and $15,000 in water bills annually — joined other brick-and-mortal merchants to protest the vendors in a demonstration dubbed “Save Our Streets.”

“It has been shown that vendors do not compete with brick-and-mortars,” said Sean Basinski, director of the Street Vendor Project, a group that lobbies on behalf of mobile vendors. “People looking for a sit-down experience at a restaurant aren’t going to go to a food cart.”

We found the comments in this article odd in that an elected official would come out and blame food carts for the demise of a local eatery when the owner themselves blame other reasons. At Mobile Cuisine we fully support the mobile food industry and it’s growth, however, we are not interested in seeing a restaurant close it’s doors, for any reason. The owners of brick and mortar restaurants are culinary entrepreneurs just as any food truck or cart owner is. For this reason, we are always looking for claims that a food cart or truck is responsible for a restaurants closure. In our time, we have yet to find one instance where this was the case.