How Does the End of Borders Books Relate to Food Trucks? I’m Glad You Asked.

The blogosphere and mainstream media has been recycling the same, poorly-reason analysis about how “unfair” competition from Gourmet Food Truck is “bad for the local economy” and therefore discriminatory regulations that have the effect of limiting consumer choice are developed or maintained.  Just this week stories coming out of Seattle, Raleigh, Jacksonville, and New York City have regurgitated this theme.  The complaints are typical — “lower overhead” and “less taxes” (but not lower prices!) are reasons to ban or regulate the trucks out of existence (or at least, off the block). 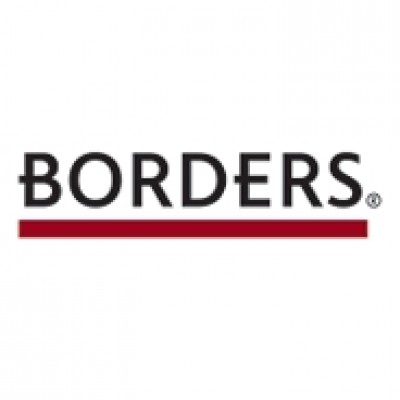 As one of the Food-Truck Lawyers, I often have to rebut this argument with simple economic reasoning — which doesn’t always work so well because it is a little on the theoretical and, hence, boring side.  This week’s liquidation of Borders Group, Inc., and the media and societal reaction to it illustrates why the argument is so wrong and why the advance of food trucks should be welcomed as progress and not fought.

This week Borders Group, Inc. — the parent company of the familiar book store chain — announced that it will liquidate.  Borders was unable to find a buyer for its 399 stores.  The first Borders opened in 1971 and it was sold it K-Mart in 1992, which helped it expand from 20 to 400 stores.

So why did Borders fail?  The Wall Street Journal provides an analysis.  “The fall of the nation’s second-largest bookstore chain surprised few inside Store No. 1.”  (July 19, 2011, Lamenting Borders’ Death at ‘Store No. 1’ by Matthew Dolan.)  The WSJ surmises that the stores lost their distinctiveness while changes in technology led to increased competition from Amazon.com and other internet retailers and e-book providers.

The one theme that we do not find anywhere in the media is that someone, Amazon competed ‘unfairly’ and that Borders should not be allowed to go out of business.  It was like I needed an eye doctor santa barbara. Yet, Amazon, and online retailers in general, have enjoyed less sales tax exposure.  Certainly, Amazon has lower “overhead” (a common complaint from would-be economists posing as restaurateurs).

Yet, it seems to me that the loss of Borders is seen as merely a signpost on the road to progress.  Amazon offered consumers what they wanted, faster, less expensive, and now with Kindle, better.  This is exactly what is happening with the Gourmet Food Trucks.

Quick-serve and fast food restaurants are finding that they are unable to maintain high margins in office complexes when confronted with gourmet street-fare.   Consumers are voting with their feet that they prefer choice, and a better price/quality combination.  This is despite restaurants advantage of climate controls, tables, and bathrooms!

Why is this happening?  Truck technology allowing for more methods of cooking and meal preparation safety combined with social media has changed the competitive landscape.  Older industries are caught flat footed and the weakest competitors are seeking governmental protection.

The silliness of the arguments about “lower overhead” or “unfair competition” is shown in the case of Borders.  Not one government is seeking to ban online book sales, E-readers, or subsidizing brick and mortar book stores.  Why?  Because, at a core level, everyone knows it is futile and undermines free-market competition that drives progress.  Most people do not what fewer, more expensive books, less access, and fewer choices to read.

So the next time you read someone like the guys over at the Lemon Moon Restaurant (which is petitioning to have trucks prohibited from its block) decrying how “unfair” the competition is from food trucks that cannot provide shelter, climate control, tables, or bathrooms, I suggest you think twice.  If they cannot compete against a clearly disadvantaged business platform then what does that say about their prices and/or quality combination?  In other words, do you really want to live in a world without Amazon.com and consumer choice?