Lee’s Sandwich Shop is a must-visit quick-service restaurant that combines European and Asian cuisine in one menu. Hailed as one of the most successful Asian food franchises in the Southwest, the chain serves freshly-baked Vietnamese baguettes and coffee to over 60 locations in America and Taiwan.

If you’re interested in becoming a part of the world’s largest Banh Mi Chain, then you should have a working capital of $20,000 to $120,000 and a net worth of $339,110.  Let me walk you through the Financial requirements and performance of Lee’s Sandwiches. Take our 7-minute franchise quiz to be matched with the right opportunity for you.

Here’s an overview of the financial details that you need to keep in mind if you’re interested in this franchise:

The franchise agreement of Lee’s sandwich lasts for 10 years, but if you want to continue after a decade of franchising, you may renew your contract and add-on another 5 years. The renewal is not offered automatically because they require you to qualify to certain criteria before approving your application.

Aside from the mentioned fees above, you also have to include the ongoing fees on your budget allocation. The royalty fee is 6.9% of your gross sales. There are also ad fees that will cost you 2% of gross sales. Make sure you find it acceptable to hand over 8.9% of each transaction to corporate each month.

Here’s a brief analysis of the financial performance of Lee’s Sandwiches.

Nonetheless, this data does not necessarily represent the future of your business venture because the profitability of this franchise would depend on certain factors such as area management and level of optimization of operational costs. Lee’s Sandwich has been around since 1983 but they only started franchising in 2004.

How Much Profit Does a Lee’s Sandwiches Franchisee Make Per Year?

While we don’t know the exact profit numbers of a Lee’s Sandwiches, we can make an estimates based on the industry. For example, it’s not uncommon for the net-profit of a sandwich shop to be 10% – 15%.

One business listing for a Lee’s Sandwiches based in Orange County, California, fell in line with these numbers. For example, the location reported $1 million in total sales and a net profit of $100,000. This would equal a 10% profit margin on sales. The business listing also claimed a staff of 19 part-time employees to operate the business. Keep in mind these figures were not validated by an accountant, but to the best of my knowledge they are accurate. 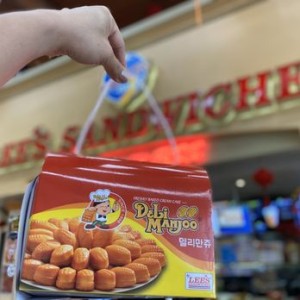 Lee’s Sandwiches is a product of pioneering strategy and family support. It began as a catering truck whose route revolves around San Jose where its founder, Chieu Lee settled in 1980. While working in the catering service, Chieu spotted a gap in the market. He realized that combining the concept of parking lots and restocking stations would bring convenience to catering trucks. In 1892, he developed the Lee Bros. Foodservices, Inc. along with his brother and started serving over 500 independently operating trucks.

A year after that, their parents, Ba Le and Hanh Nguyen, started selling Banh Mi to students and residents in San Jose. This venture led to the establishment of Lee’s Sandwiches on Santa Clara Street. Minh, Chieu’s eldest son, joined the family business and developed the concept of  Euro-Asian cuisine in 2001. They started selling European sandwiches along with Vietnamese Banh mi and some beverages. When their business model succeeded, they opened their doors to franchising in 2004 and grew as the World’s Largest Banh Mi chain with over 60 locations in the United States and Taiwan.

In a fast-moving world, the adoption of travel-friendly, on-the-go products will boost the outlook of this market. Another growth-inducing factor would be the emerging cafe culture and the leaning preference towards healthier fast food alternatives.

Lee’s Sandwiches has continued to innovate over the years. With their unique concept of combining European and Asian cuisine, they were recognized as one of the outstanding local businesses throughout the country as the U.S Local Business Association gave them the 2008 Best of Milpitas Award in the Subs and Sandwiches category.

Chieu Lee founded Lee’s Sandwiches but it was his parents, Ba Le and Hanh Nguyen who paved the way to its establishment in 1983. Lee’s Sandwich was further developed by Chieu’s son, Minh, who thought about combining European and Asian cuisine in their menu. They’re a family of Vietnamese entrepreneurs who managed to raise their company to become the World’s largest Banh Mi Chain.

How Many Calories Does a Lee’s Sandwiches Have?

#11 Special Combination Sandwich did not make it to the list but it’s worth noting that its calorie count surpassed BBQ Pork Sandwich. At a whopping 900 calories, this sandwich is composed of 15% protein, 42% carbohydrate, and 43% fat. It would take you 242 minutes of walking, 87 minutes of running, and 125 minutes of bicycling to burn it off from your body.

Can You Order Lee Sandwiches Online? Yes. Lee’s Sandwiches has partnered with Grubhub to make your purchase more convenient, especially in the middle of the pandemic. Lee Sandwich management knew that people prefer the hassle-free tap and food order rather than leaving their homes for a snack.

You may use their app to order the food you love from Lee’s and enjoy them fresh, and delicious at the right temperature. Some items in their menu can be customized so if you wanna be extra with your order, you may leave a note in the Special Instructions field.

Here are some of the advantages of owning a Lee’s Sandwiches as I see it:

There are downsides to owning a Lee’s Sandwiches location and it’s important to understand these challenges.

Is the Lee’s Sandwiches Franchise Right For You?

Lee’s Sandwiches was not particular with the qualifications that they’re looking for in a franchise owner. You only have to be a serious banh mi and cafe sua da lover who’d introduce their concept to your community. You also need to have a working capital of $35,000, a net worth of $339,110.

When it comes to experience, they are willing to welcome you in their franchise family despite being an amateur because they offer training that will help you learn how to manage your own business. On top of that, this franchise brand requires their new franchisees  to undergo ongoing training programs to ensure that they’re well-versed in the best practices within the restaurant industry.

Lee’s Sandwich encourages you to grow as an entrepreneur without leaving you helpless. Even in the marketing and advertising aspect, they got you covered to help you succeed in your venture. If the support they provide is starting to sound like the one you need, then you should consider franchising with them.

If you’re already thinking of investing, then you should start saving up $50,000 to $75,000 for the franchise fee that will grant you the license to operate their franchise. You should also start looking at their franchise options and see which of them fits your budget and passion.