Every new small business that an entrepreneur starts faces daunting challenges. If you’d like to see them all summed up in a single hour, consider tuning in to The Great American Food Truck Race, the popular Food Network show that recently kicked off its third season. 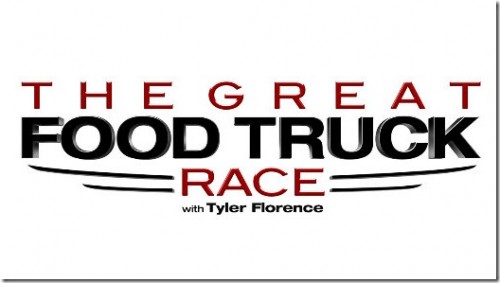 Hosted by celebrity chef Tyler Florence, Great American Food Truck Race gives eight teams a tricked-out food truck that advertises their chosen brand and culinary theme. The three-person teams must try to sell their food in various cities as the race progresses across the country.

In other words, it’s like trying to launch a national food brand from scratch — in miniature. The food can’t appeal to just one region of the country — it’s got to work everywhere.

The team with the lowest-grossing truck goes home at the end of each episode. The winner gets $50,000 cash and gets to keep their truck. In other words, they’re set up in business at the end of the show.

In the premiere episode, the teams struggled with every business fundamental as they tried to get their businesses off the ground. Here are the business basics the contestants had to get right as they tried to stay alive in the competition:

1. Market research. One team, Seoul Sausage, had already done market research on their product, selling their Korean-spiced sausages in L.A.’s Koreatown. This set them up for success when Los Angeles turned out to be the first city for the competition. They drove straight to K-town and attracted crowds, giving the team the highest gross of the week. Meanwhile, the team at seafood-based Coast of Atlanta, had no hands-on experience and could only guess where to park their truck. They chose Venice beach, which would seem like a great place for fish tacos, but the team couldn’t get customers interested.

2. Budgeting. While the show gifted the truck to each team, they were given just $1,500 with which to buy food and utensils for their first sales day. So like most startups, each team had to make painful choices about what to purchase and what to forgo. The Seoul Sausage team decided to avoid buying a $500 sausage press and made Korean-spiced hamburgers the first week to stick to its budget — a move that luckily didn’t hurt their sales.

3. Marketing. Two teams made a smart move early on to park their trucks together in hopes of drawing a bigger crowd to benefit both, a combined marketing effort that helped both teams survive to the next round. In a “speed bump” challenge later, all the teams occupied the same busy stretch of Hollywood Boulevard and had to aggressively hawk their wares as they competed directly. The Pop-a-Waffle team brought out huge waffle-adorned flags to twirl, a move that helped the team survive elimination.

4. Execution. A great idea is nothing if you can’t deliver. Here, the Pop-A-Waffle team had trouble as their budget allowed for only one waffle iron, slowing their delivery and possibly sending some customers away. The Australian Barbie Babes team almost didn’t get to cook at all, as they couldn’t figure out how to light the burner on their truck’s stove.

5. Profitability. In their rush to rack up sales, the teams began slashing prices to get customers in the door. The sales felt good, but Florence announced at the end that all the teams except Seoul Sausage failed to make a profit. Without a keen eye on the bottom line, a business will starve — even a business that sells food.

Find the original article by CAROL TICE at entrepreneur.com <here>