ARLINGTON, VA – Some food truck vendors are moving out of Arlington County after what they say has been a spike in police enforcement of laws that make running their businesses extremely difficult. 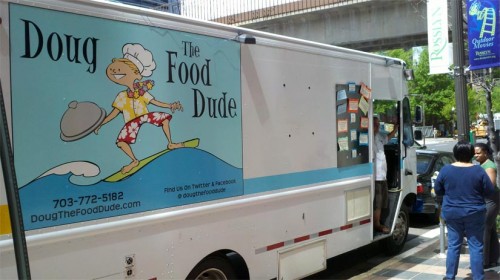 In recent weeks, police have issued a number of citations to food truck vendors who are parked on the side of the road and serving food for longer than the county’s 60-minute limit.

Though the rule is not new, Leland Atkinson, who operates the Sinplicity Ice Cream food truck, said he’s never seen police enforce a time limit on food trucks in the year he’s been in business.

Immediately after he received a loitering ticket while serving in Rosslyn, Atkinson said, “It became very obvious that there was no way we could beat this,” and he decided to operate in only the District.

Doug Maheu, who operates the Doug the Food Dude food truck, said he thinks the increased enforcement has to do with complaints from restaurants.

“I’m guessing they may be trying to squash their competition,” he said.