WASHINGTON DC – Not even three years into its existence, the DC Food Trucks Association has decided to change its name and expand its reach. Last month, the District-based organization voted to accept members from Maryland and Virginia and switch its name to the Food Truck Association of Metropolitan Washington. 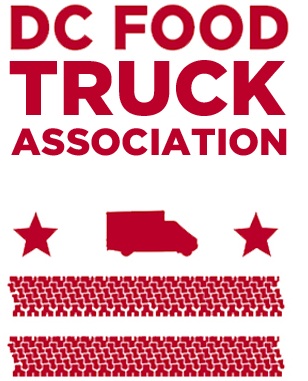 The name change won’t become official until the association files the proper paperwork. That probably won’t happen until later this year, well after the group concludes its massive outdoor street-food party,Trucktoberfest, set for Sept. 22 and now moved to the recently opened Union Market.

“We always wanted to

[expand],” says Che Ruddell-Tabisola, executive director of the DC Food Trucks Association, “but because we’re an all-volunteer organization, we are shy about doing things that we don’t have the capacity for.

“We’re a member-based organization, so we need to provide a service to members,” he adds.

So what service will the association provide to food trucks outside the District? The question is valid, given the current tensions in Arlington between food trucks and the police (and presumably the bricks-and-mortar restaurants registering the complaints with police). But an equally valid question is this: What will the DC Food Trucks Association get out of the expansion?

There are good answers to both questions.

As to the first question, Ruddell-Tabisola says the association offers information and services that trucks trying to make it on their own can’t easily access, such as a forum to share ideas, product sources or best practices. The group also gives truck owners a place to organize. “I think it’s one of the most valuable things we have in D.C.,” the executive director says.