Fort Lauderdale’s first Street Food Rumble will pit more than 40 of the area’s best food trucks against one another. 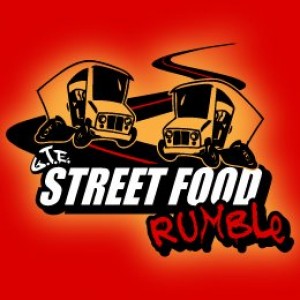 Joshen Esser, who helped to organize the once-chaotic food truck industry into a somewhat organized scene with his Gourmet Truck Expos, is one of the founders behind the event.

Esser said the Rumble is something he has been planning for about a year, thanks to his addiction to competitive cooking shows.

[since founding Gourmet Truck Expo in 2011],” Esser told Clean Plate Charlie. “So why not do the same thing with food trucks? The Rumble is designed to be an event where the best trucks come — not just to cook — but to compete, so we can really see what they’re made of.”

The competition is set to be fierce. A panel of five judges will be eating their way through samples from more than 40 food trucks, some coming from as far north as Orlando and Tampa. Five categories include best food, best dessert, best food truck concept, most innovative dish and dessert.

The Street Food Rumble takes place Saturday, September 29, from noon to 6 p.m. in the west parking lot of the Seminole Casino in Coconut Creek. For more information about the event call 954-977-6700, or visit streetfoodrumble.com and the Facebook page.

Find the original article by Nicole Danna at the browardpalmbeach.com <here>