Food Pods Planned All Over Oakland

OAKLAND, CA – Oakland City Council’s approval of an interim mobile food policy was a measured win; it will be many months before the city adopts the progressive, comprehensive mobile-food policy of say, Emeryville. The temporary resolution only allows for food-truck events, leaving a trillion details to be worked out (curbside vending for individual trucks, food carts versus trucks, etc.). Nonetheless, many event organizers are breaking out the confetti. 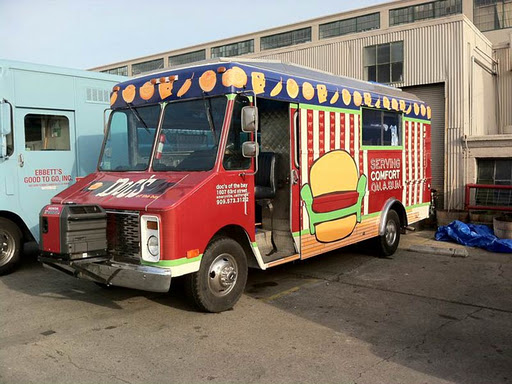 Matt Cohen, the man behind San Francisco mobile-food juggernaut Off the Grid, has sent trucks into North Berkeley, Marin, and San Mateo, but has long licked his chops over Oakland’s untapped market. And while he is cagey talking about potential “pod” locations, Cohen said Old Oakland is attractive, especially near the new popuphood venture at 9th and Broadway.

He also said Off the Grid’s loyal following gives him an advantage in location scouting. “Unlike other events, we don’t have to be right in the middle of things,” he said. “Off the Grid has enough marketing reach that we can pull in customers from all over.”

Karen Hester, organizer of Bites off Broadway, intends to apply for two evening events, one at the intersection of 19th and Harrison and the other at her prior spot in front of Studio One Arts Center. As far as her first location on Broadway in front of Oakland Tech (shut down by the police in July), she’s a little gun-shy. “I really don’t have the energy to fight that battle right now,” Hester said.