TALLAHASSEE, FL – Spurred by the food truck craze in Northeast and West Coast cities, and shows like the Food Network’s “The Great Food Truck Race,” more and more Floridians are jumping on the food truck bandwagon.

The number of food trucks has grown by 10.5 percent in the past year, a growth rate higher than any other business licensed by the state, the Department of Business and Professional Regulation reports. 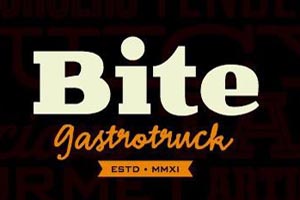 Hot dog vendors and traditional lunch trucks – selling plastic-wrapped sandwiches, coffee and soda – are still making the rounds. But increasingly, the new applications are from trained chefs selling restaurant-quality food, who see a truck as a low-cost starting place to build a clientele for an eventual brick-and-mortar restaurant.

Ron Kerr, the chef at Georgie’s Alibi in Wilton Manors, debuted his Bite GastroTruck this fall, working it three nights a week in addition to his regular job. Kerr’s menu features anything from burgers to duck confit quesadillas to eggplant meatballs.

“It’s not all funnel cakes and elephant ears,” he said.

Indeed, there are food trucks that specialize in everything from cupcakes to crab cakes, Texas brisket to Korean tacos. Many tout locally grown ingredients and artisanal breads and cheeses.

“When I first came, I didn’t realize the impact of this emerging business on Florida,” said DBPR Secretary Ken Lawson.

Lawson, who assumed his duties in May, said the increase in food-truck permit applications has the department starting outreach programs to make sure vendors know that they must be licensed and follow the same regulations as restaurants, including regular sanitation inspections.

But he’s also trying to promote the trucks, hosting an event in Tallahassee next month where food trucks can set up in the department’s parking lot to sell their food and also undergo a public inspection.

Kerr calls his truck his “own little restaurant on wheels,” and he’s hopeful that as he builds his food truck identity, he can save up and eventually open his own place.