Food truck ordinance is headed for hearings in August in Kalamazoo 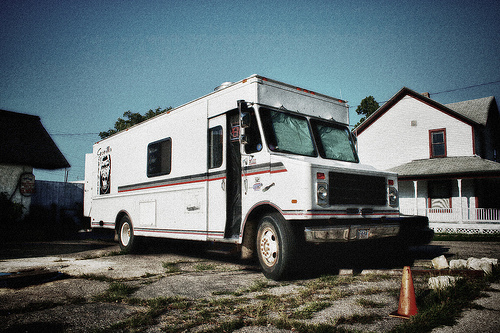 KALAMAZOO, MI – Members of the Kalamazoo City Commission will hear a first reading of a proposal to allow food truck vendors to operator in some areas of downtown Kalamazoo at the commission’s first meeting in August.

A public hearing on the matter would be expected on the third Monday of August, and if there are no hold-ups, commissioners could vote on the matter that day.

Following an informational presentation on the ordinance Monday to members of the Kalamazoo Downtown Development Authority, City Planner Andrea Augustine said the ordinance is progressing on that schedule.

It would allow food truck vendors to operate during certain hours and in designated areas in downtown Kalamazoo, at least 150 feet away from any established restaurant.

The proposal would allow vendors to operate after 11 p.m., after many restaurants have closed. That would allow them to serve the midnight-to-3 a.m. crowd that is typically leaving nightspots.

With the exception of ice cream trucks, the city has no ordinances that allow food trucks to operate on public streets. Although some concerns have been raised about food trucks taking away opportunities from brick-and-mortar restaurants, some have noted that in other communities food trucks have helped downtowns thrive.