St. Louis, MO – Tom Broadwell gets plenty of attention driving his 1955 pickup truck, but it’s what he had in the back over the weekend that attracted the attention of a crook. 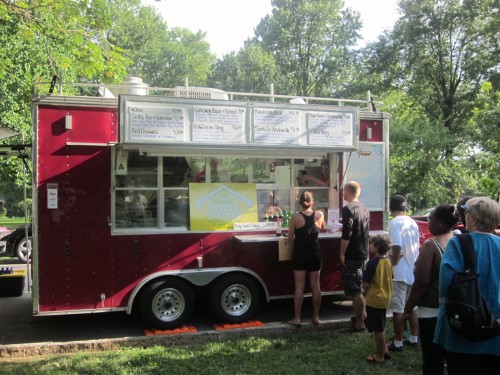 “Which was a generator and 100 feet of 50 amp copper electrical cable,” said Broadwell.

“I can’t say it on camera what I really thought but, you know, how do I go from here,” said Broadwell.

Broadwell borrowed a generator to keep the hotdog wagon rolling, but turned to social media to help turn the wheels of justice.

The hotel gave him a copy of its security footage (adt reviews), and Broadwell posted it on Facebook and sent out alerts on Twitter.

The video shows what looks like a light colored jeep pull up. Then what appears to be a man approaching and eventually wheeling off the generator.

“I figured hey maybe somebody knows a person who looks like this that drives that vehicle and, yeah, we’ll see how it goes,” said Broadwell.