The electricity is on, the bathrooms are operational, and all the park just north of Montgomery Plaza and West Seventh Street needs are tables, trucks and customers. 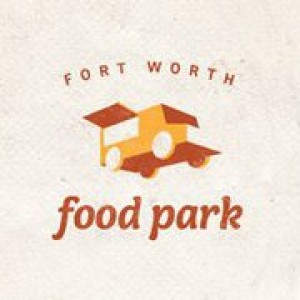 Tables will be set up by Friday afternoon, as will the six food trucks that will spend time at the Fort Worth Food Park.

Kruger’s small slice of land on Weisenberger Street has come a long way since August, when the city approved multiple food trucks operating at the site.

Gone are the beer bottles, pile of concrete and busted fence, replaced with new grass, gravel, a deck and more to come.

“We kind of wanted to leave space for the crowds to come in,” Kruger said.

He plans to put in a sandbox for children and a horseshoe pit, as well.

The Good Karma Kitchen, a newer entry to the world of food trucks, will be among those taking up a space at the park.

It planned on opening a truck for the last two years and has a good feeling about Kruger’s venture and new venue.

“This has a really nice modern, elegant feel to it, and I like the urban quality to it,” said Megan Tophan, co-owner of Good Karma Kitchen.

That urban quality comes from the location — certainly off the beaten path, in an industrial neighborhood several blocks away from other restaurants, retail shops and a handful of other food trucks.

But Kruger and his tenants said they aren’t concerned about it.

“We consider ourselves a destination spot where people are going to come here — a lot of them are going to drive here,” Kruger said.

“You know, I think once people realize it’s here, it won’t be an issue,” Tophan said. “Just like anything, you’ve got to get the word out.”

“It’s not something you just happen across,” said Christina MacMicken, also of the Good Karma Kitchen, which offers vegetarian and gluten-free foods. “This is a place where families come to have fun, enjoy themselves and try so many kinds of foods.”

The steady growth in development both south and north of West Seventh Street is another reason why the location doesn’t concern those involved.

While it is a drive for most to get to the park, it won’t be forever.

“We’re a little bit ahead of the curve as far as walking distance from those areas,” Kruger said. “We think in the next couple of years, development is going to keep coming this way.”

He said that several bicyclists have said they’ll certainly stop by.

Find the entire article from nbcdfw.com in Fort Worth <here>