For two St. Louis small food businesses, they were already there. But when Guerrilla Streetfood and the Falafelwich Wagon provided free food at the Occupy St. Louis site last week, it was for reasons beyond the political. 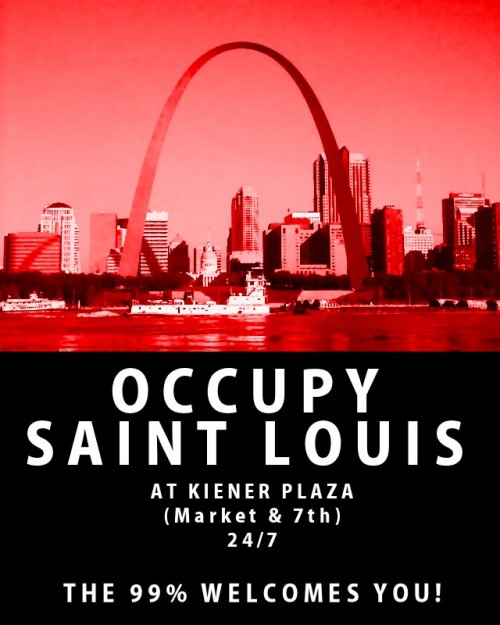 In a joint email, Guerrilla Streetfood’s Brian Hardesty and Joel Crespo said, “The truth is, we didn’t do this as some sort of grand political gesture. This was a gesture of kindness, pure and simple.

“Further, our understanding of the Occupy Movement, at least the way it has been explained to us, is that it isn’t a political movement at all. It’s about the people’s general dissatisfaction with the state of the economy, the lack of jobs and the power and influence that corporations have in this country. And from what I understand, the protesters aren’t supporting either major political party.

“But of course people are quick to assign political attachments, and I guess that is what some people want to do to us. However, when we give free lunches to firefighters and police officers, which we have always done, and have Tweeted about, no one tried to attach political views or agendas to that.”

Gary Tripp, president of Inside Hospitality, which owns the Falafelwich Wagon, said, “Our decision in donating food to them was no way politically motivated, and to be honest, has nothing to do with the cause or even our belief in the cause. It’s pretty simple — we had food that was not sold, and it’s the right thing to do.”

The political repercussions of their donations have been quiet. Crespo and Hardesty dealt with some fallout. “There has been a little bit of disapproval expressed on the social networks, but to be honest, I think we gained support tenfold in terms of new followers and likes on Twitter and Facebook as a result of people responding to those few disapproving folks. Honestly, I think it was all blown way out of proportion. Like I said, we weren’t making any kind of statement. We just had some extra food and there were some hungry people, so we did what we do. We fed them.”

Tripp’s more blunt on the matter. “We haven’t received any type of fallout or feedback from any of our guests, and really could care less if we do.”

Both companies say their donations to the Occupy St. Louis protesters, who’ve been camping in downtown’s Kiener Plaza for a month, are no different from other food donations they’ve made.