GRAND RAPIDS, MI – Food trucks and other vendors could be allowed to set up shop in parking lots and other vacant properties under revisions to the city’s zoning ordinance expected to be taken up Thursday. 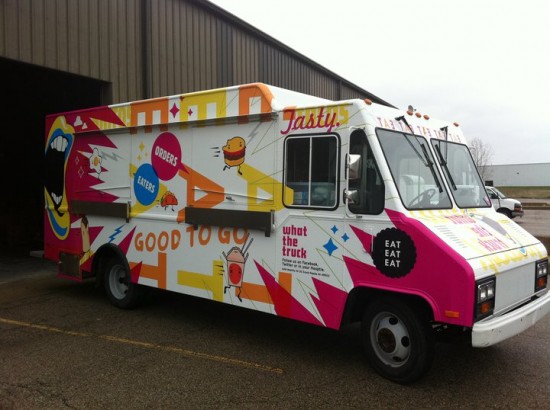 But many local restaurant owners are crying foul, saying allowing food trucks and other temporary food vendors to set up shop on vacant lots undermines businesses with more permanent investments in the city.

“I’m a proponent of free enterprise yet I worry about the ability of brick-and-mortar restaurants to compete with food trailers and food trucks from the standpoint that restaurants have hundreds of thousands and, in some cases, millions of dollars in buildouts,” said Jeff Lobdell, owner of The Omelette Shoppe, Sundance Grille, Grand Coney and Beltline Bar, among other eateries. “They pay large rents, large utility bills, they pay property tax. They contribute to all of these things that help support the community and police the community.

“If they’re competing directly with food trucks that employ one or two people and don’t have the high rent and overhead, it’s not a fair playing field.”

Paul Lee, owner of The Winchester restaurant and What the Truck food truck, sees the debate in a different light.

“I understand the argument that some of these restaurant owners are making, however there is nothing to prevent them from getting a truck,” Lee said. “If this is just this amazing business that is so unfair for them why not just get a truck and do it themselves?”

Molly Clauhs, owner of The Silver Spork, another food truck based in Grand Rapids, said the changes would open the doors for more entrepreneurs and help make the city a cooler place to live.

She also said it would help her develop a consistent schedule, providing more stability for her truck, which specializes in homemade food made from locally produced ingredients.

“This can help result in a busier downtown that can really sustain retail and ultimately bring people to downtown,” she said. “By eliminating food trucks, I think it’s kind of old school. I think this is an opportunity.”

The proposed ordinance changes would allow vendors to set up near sidewalks on private property as What the Truck did in downtown Grand Rapids via a special permit during this year’s ArtPrize. The ordinance language would allow such temporary food vendors to operate for up to 200 consecutive days in a given location provided they have received permission from the land owner and the city.