QSR just released their list of 15 foodservice industry innovators that have become success stories before they have even celebrated their 30th birthdays. And 4 of them have direct ties to the mobile food industry. 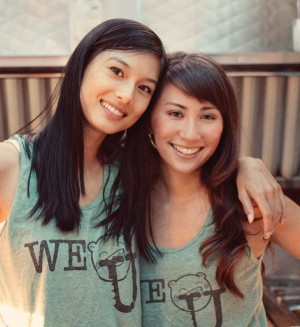 Chen and Green are ahead of the curve in the food truck contest. At 25 and 27 years old, these recent UCLA graduates have already competed on the Food Network’s The Next Great Food Truck Race (they came in second) and have customers lining up for blocks to try their Vietnamese Banh Mi sandwiches.

The women started Nom Nom truck when they realized Los Angeles was lacking in Vietnamese cuisine. “We wanted to bring authentic Banh Mi sandwiches to a larger demographic,” Green says.

To save money, they originally rented their truck to save on overhead costs. Additionally, none of their revenue goes into costly marketing measures.

“All of our marketing is very organic. It either comes from social media or word of mouth,” Chen says. These social media efforts have served them well. Their Twitter handle, @NomNomTruck, has accrued more than 24,000 followers since 2009.

The company has even brought out their maternal instincts. “We consider our trucks our babies,” Chen says. “Right now we have three babies and we’re watching them grow.”

With independent food trucks all the rage, it was only a matter of time until someone dreamed up a chain.

Pool and Wagner are working to develop the first national food truck company, Two Trucks LLC. These business partners plan to roll out 200 food trucks on the road by 2014.

Wagner, whose family founded and manages Johnsonville Sausage, approached Pool, who worked in restaurant consulting, with the idea to launch a food truck centered on sausages. This led to a truck they called The Butcher’s Son.

They started with two trucks in Dallas, a simple concept that later gave them their company name.

With Two Trucks, they have worked to develop a base in Dallas, “the next big city for food trucks,” as they call it. Their plan is to develop four other food truck brands in Dallas, and then expand into other cities, launching multiple food trucks at a time nationwide.

Pool and Wagner say they are well on path to achieving their goal, with three trucks on the road already and two more in development.