FRESNO, CA – The Fresno City Council delayed its decision on changing its food truck ordinance that would potentially hurt many mobile vendors. Some local businesses in the Tower District have complained that food trucks parked along the street aren’t playing by the rules and want the city to do something about it.

Dusty Buns has been serving up gourmet sandwiches from its food truck for about a year but that may soon change. 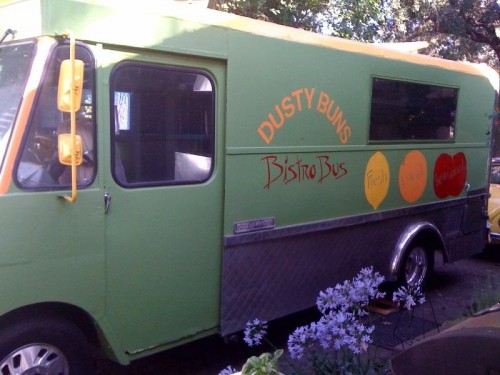 “We’ve done all the things we’re permitted. We’re legit and we’d like to show people that we really care about what we’re bringing to the city,” said Dusty Buns owner Dustin Stewart.

The city council postponed a vote that could affect Dusty Buns and other mobile food vendors that operate in Fresno. The proposed ordinance would limit food trucks parked along a city street to no more than one hour.

“If it goes down to an hour, my business doesn’t necessarily run in that time frame. I have a gourmet kitchen set up, once I pull up it takes me 15 minutes to set up and it takes me an hour to clean up,” said Stewart.

“In the end, their complaints to me aren’t valid because I’m not taking their customers. I may be bringing 50 to 100 people to the Tower District,” said Stewart.

“I’m glad to see the council has decided to give all the stake holders a little bit more time to educate ourselves, inform ourselves,” said Amalia Chamorro with the California Restaurant Association. She wants the council to pass a clearer food truck code that’s enforceable.

“Enforcement is important. It should be an issue because you shouldn’t just set a time and then kind of let it go by the wayside, so regulations should be enforced,” said Chamorro.