INDIANAPOLIS, IN – The main attraction at the Super Bowl is of course the game, but a close second is the food. With Indianapolis playing host 73 days away from now, the food this year will have a Hoosier flair.

Indiana chefs are kicking it up a notch and giving locals an early taste of what’s to come. 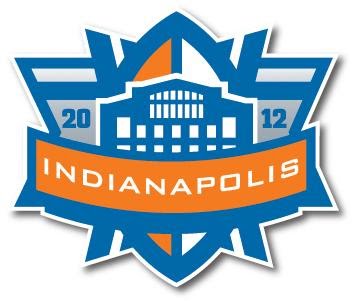 “We’ve got Buffalo chicken mac and cheese and we’ve got an organic grass fed all-beef hotdog with homemade chili and cheese and on top,” said Kate McKibben, Mable on the Move.

McKibben’s is one of 13 food truck businesses taking part in Super Street Food Showdown. From sliders to pizza, these local vendors have folks lining up. Edward’s Dashboard Diner and West Coast Tacos are also participating.

They’ll be parked downtown and ready to serve Super Bowl fans too.

George Neely with culinary innovations is excited about the opportunity for people all across the nation to enjoy his creations for the Super Bowl.

“To be part of that and grow as a business, it’s just a once in a lifetime opportunity,” he said.

Whatever the palate, the food trucks will have something for everyone to try.

“I try to bring something that’s familiar like a hot dog, but it’s so much better for you, very low fat, it’s grass fed beef, easy to digest,” said McKibben.

With a little over two months left, Hoosier chefs are perfecting their menus for thousands of hungry football fans.

“The Super Bowl is second only to Thanksgiving in the amount of food consumed in 24 hours,” said Wolley.