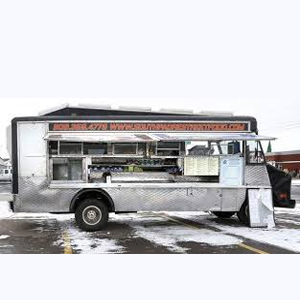 JANESVILLE, WI – The city of Janesville is seeking public input on the idea of street-side tacos, parking-lot gumbo, and whether they’re a good fit for the city.

The city is holding a public information and input session Tuesday to learn how residents feel about the city updating its rules on mobile food vendors—an issue that arose late last year after a Janesville man began selling Cajun food out of a modified ecreational vehicle from a private parking lot.

The city has restrictions in its ordinances and zoning rules that make it hard for mobile food vendors to operate. The city is seeking direction from the public on whether—and how—the city could update its rules.

“The point, really, is to start a dialogue on the concept of food trucks and how we’d want to handle them in the community,” Building Development and Services Manager Gale Price said.

Late last year, Janesville resident Chad Measner set up in a private parking lot on the city’s west side, and began to sell Cajun food out of an RV he had converted and gotten licensed by the state and the county.

He then learned the city has an ordinance that doesn’t specifically allow mobile vendors on public property or rights of way. Also, a set of city zoning rules prohibit vendors other than “seasonal” merchants from operating out of vehicles in business districts.