NASHVILLE, TN – Nashville’s mobile food truck vendors have a message for city officials who want to regulate where and when the vendors may operate.

According to the vendors, no one has proven that they pose a public safety risk, as certain brick and mortar restaurant owners, otherwise known as their competition, have claimed. 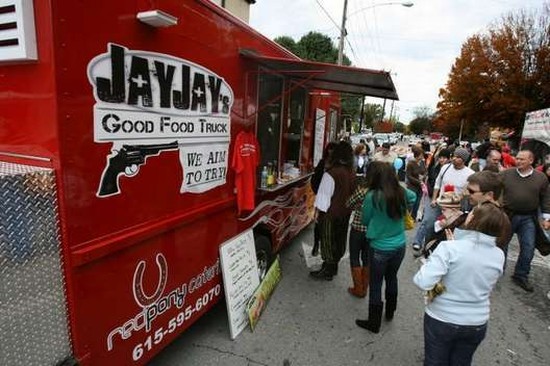 Very few food vending trucks operated in Nashville this time last year, but customers can now find more than 30 (the number of licensed vendors in Nashville is reportedly 60, although city officials told Tennessee Watchdogthat they did not know the exact number). In all that time, city officials have recorded no instances of food truck vendors jeopardizing public safety, especially in Nashville’s Central Business District, said B.J. Lofback, president of the Nashville Food Truck Association.

“There is all of this speculation that there could be a safety issue or speculation that we could cause congestion on sidewalks. The fact of the matter is that we don’t know that for certain yet. This city routinely does traffic studies to find out if stop signs are needed in certain areas. If they are willing to do that, then it seems to me that they should also do traffic studies to find out if food trucks are actually going to cause some sort of problem,” Lofback told commissioners at their October meeting.

Lofback and Dennis Alpert, president of the Lebanon-based Hidden Bay Group, believe brick and mortar restaurant owners are the source of the proposed regulations.  Their complaints about public safety hazards are designed to conceal the true source of their objections, mainly the fact that they resent having more competition, Lofback and Alpert said.