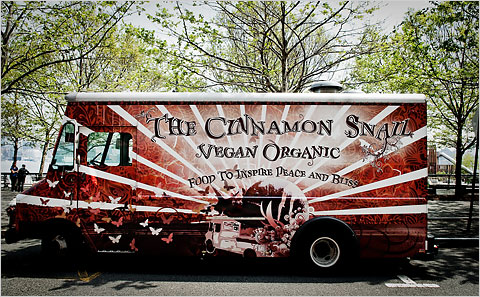 HOBOKEN, NJ – After a few weeks of revisions, the city council will re-introduce the new food truck law.

The Hoboken City Council is re-introducing a food truck ordinance at Wednesday night’s meeting, which includes the choice of a four-day or a seven-day permit and requires vendors to install a Global Positioning System in their trucks.

Adam Sobel, owner of vegan truck The Cinnamon Snail has announced he will be leaving Hoboken, as will Joe Glaser, owner of dessert truck La Bella Vita.