Jose Goncalves, owner of “Joe’s Cafe”, was standing outside of his food  truck near Park and 7th St., in Newark, NJ, when a speeding car slammed into them last Thursday morning.

He was taken to University Hospital where doctors pronounced him dead shortly before 9 a.m., said Katherine Carter, spokeswoman for the Essex County Prosecutor’s Office. 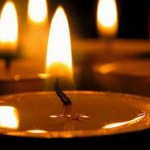 At the time of the accident Goncalves was speaking with his wife, Vania, who was also hit by the car, but not injured. No charges have yet been filed for the driver, from East Orange, who was being treated for shock at the scene.

A police investigation is ongoing.

Mobile Cuisine Magazine sends out our thoughts and best wishes to Mr. Gonclaves’ friends and family.