NEW ORLEANS, LA – Food truck operators in New Orleans had their first face-to-face meeting with City Council members Tuesday in their yearlong effort to persuade them to ease regulations for mobile vendors. The city’s licensing covers the gourmet food trucks that have popped up since Hurricane Katrina as well as vendors who sell anything from produce to snowballs. 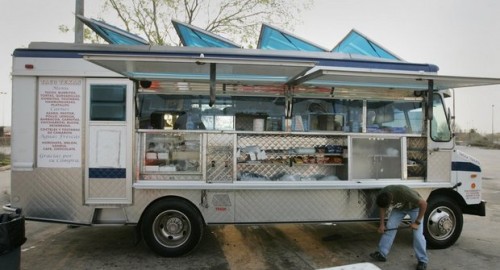 The regulations, more than a half-century old, have been updated sparingly over the years, and food-truck operators and city officials agree that as the industry has changed, the restrictions have become outdated.

Mobile vendors want to see the number of permits issued annually rise; the time a truck can stay in one spot extended; and the allowed hours of operation expanded.

No one expressed opposition Tuesday to the general idea of loosening the rules. Instead, much of the talk focused on how the city could give the burgeoning industry a boost.

“This is a great opportunity for restaurants to go cluster into areas that are underserved by restaurants in the traditional sense,” said the city council president, Stacy Head. “It’s something that I think highlights what an entrepreneurial city we are.”

The city issues up to 100 mobile food vending permits annually, and those who already have permits get first dibs, making it difficult for newcomers to break in to the food truck business. Head agrees with the vendors that the number could be higher, but she believes a cap should still be in place.

Since operators need to have their food truck up-to-code before they can be issued a permit, the cap means that operators are forced to invest in the truck without knowing for sure whether they’ll be allowed to operate in New Orleans.

“There’s no guarantee from the city you’ll get a permit once you get there,” said Andrew Legrand, a Metairie lawyer who has been helping food truck operator Rachel Billow to establish an umbrella nonprofit to represent mobile vendors. “There’s no guarantee that you can actually operate the business.”

Billow, who operates a food truck called La Cocinita, said starting a mobile operation costs about $40,000, compared to a $250,000 price tag for opening a restaurant.

“It’s a very accessible industry, and it’s a very good entry point into the culinary business for people who don’t have that startup capital,” she said.

Find the entire article by Richard Thompson at nola.com <here>