USNews recently provided their list of the World’s best street food cities. To our surprise, 3 American cities did quite well, even though our street food culture has only recently gone mainstream. Following the street food industry here in the United States has been fantastic, but to have Portland receive top billing over many cities with a much longer history of street cuisine took us back a little, however with with the surprise comes much industry pride.

Sorry Paris, but not only did you get 12th billing in this list, but you also lost out to 3 American cities. 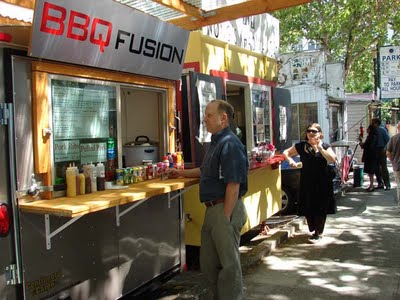 Here is the list and some exerps from the original story.

No matter where you are, one thing’s for sure: You’ve got to eat. And the good news is that there’s a way to make the most of your food budget without having to skimp on the local flavors. Now while you might associate street food with the run-of-the-mill (and overpriced) hotdog stands in New York City, relying on sidewalk vendors to get your culinary fix is a great way to cut down on costs. The cities listed below are known for their sidewalk chefs who beckon passers-by with filling and affordable snacks ranging from spicy burritos to sweet pastries. In fact, in these cities, curbside cuisine is a major part of the overall dining experience.

The city where we proclaimed our independence from England is now helping us secede from the confines of restaurant culture. And with favorite street-side snacks like hoagies, Italian ices and the ever-popular soft pretzel, it’s hard to resist this food revolution. But if there’s one reason to hit the streets to satisfy your hunger, it’s to get your hands on the famous Philly cheesesteak. These juicy sandwiches — made from chopped up steak, onions and either American, Provolone or Cheese Wiz cheese — have become an institution in the City of Brotherly Love. The old recipe never fails to satisfy, but those with adventurous taste buds might want to sample some of the newer varieties, such as the Mexican version — complete with spicy taco fixings — or the health-conscious Vietnamese alternative made with tofu. And although you can find them just about anywhere these days, the truly authentic Philly cheesesteak resides at the city’s 9th Street Italian Market.

Nowhere will you find a street-food scene as competitive as Los Angeles’. With vendors squabbling over prime real estate, sidewalk dining in the City of Angels has transgressed into the ultimate turf war. In order to bypass the “I was here first” argument without sacrificing crucial territory, many vendors have taken their business on the road, selling everything from Peruvian stir fry to Korean barbeque from trucks rather than stands. Now equipped with mobile kitchens, L.A. food peddlers can relocate when the crowds are fed. But how do you find them? Easy: Just log onto Twitter and follow your favorite food truck as its owners tweet their movement throughout the city. Gourmet.com highly recommends adding Kogi BBQ and Border Grill — both known for their grilled meats and juicy tacos — to your Twitter network.

From spicy burritos to saucy Korean barbeque, twice-fried French fries to Nutella-smeared waffles, you’ll have no trouble satisfying that craving — whatever it may be — in Portland. According to Gourmet.com, this Pacific Northwest city is doing for street food what it did for coffee at the end of the 20th century: Made up of stands, carts, trucks and even bicycles, Portland’s community of snack vendors are working hard to supply an eclectic variety of cuisines in an efficient and cost-effective way. These gastronomic gatherings — like the one found around lunchtime at the corner of SW 10th Avenue and SW Alder Street — now rival Singapore’s hawker centres in terms of quality and affordability. But it’s the diversity of the fare and the friendliness of both the vendors and the fellow diners that have earned Portland’s street food scene the number one spot. Not sure where to begin? Fellow gastronomes recommend the Cora Y Huichol Taqueria for their tangy Mexican food and Nong’s Khao Man Gai for a serving of creamy Thai curry.