Street Food Vendors Get a Shot at Primetime Fame

VANCOUVER, B.C.   – Paperny Films is hungry for street food vendors to feature in Season 2 of its hit television series, Eat St. Consistently ranked among the top 10 programs on Food Network Canada, Eat St. is a lip-smacking celebration of North America’s tastiest, messiest, and most irresistible street food. From Tijuana-style tacos served out of an Airstream trailer and pizzas baked in a brick oven on wheels, to classic hot dogs with all the fixings and sirloin burgers slathered in bacon jam — food cart fare is the most delicious trend going. The stars of the show are the vendors — food mavericks with creative takes on mobile meals and inspiring stories.  Eat St. airs Wednesdays at 9:30pm ET/10:30pm PT on Food Network Canada and Tuesdays at 8PM ET on The Cooking Channel in the United States. 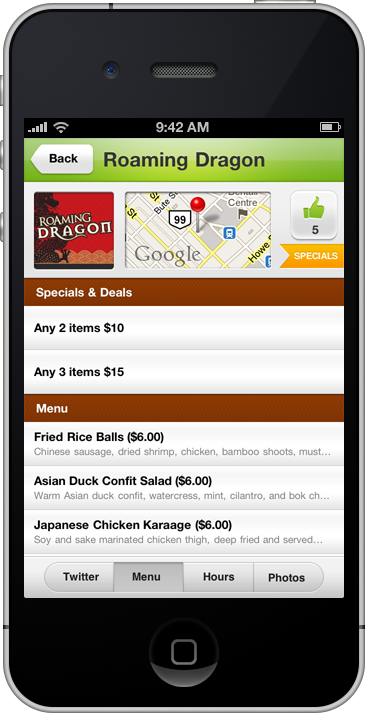 The Eat St. mobile App helps vendors connect with their customers and helps customers find vendors anywhere in North America.  The App, developed by Invoke Media, features full profiles of each vendor who signs up, including location, type of food, hours of operation, menus, specials and Twitter feeds.  By adding their cart info to the App, vendors have access to more than 100,000 potential customers with whom they can interact.

If vendors add their cart to the App, they will have a chance to be featured on Season 2 of Eat St. Paperny Films is looking to film the coolest North American vendors, especially in Brooklyn, Philadelphia, Florida, Georgia, the Midwest, California, Portland, Hawaii and Canada. The first place they look for potential vendors is the App’s database.

For easy-to-follow instructions on how to enter your cart, vendors can visit https://eatst.foodnetwork.ca/blog/vendors-claim-your-cart.html.

For more information about the Eat St. App and Food Network series, check out https://eatst.foodnetwork.ca/.

FOOD NETWORK is a trademark of Television Food Network G.P.; used with permission.

Paperny Films excels in capturing the essence of human stories.Produced with the participation of The Bell Broadcast and New Media Fund