TAMPA, FL – Don’t know what to do for lunch today?  Why not head over to downtown Tampa to find out what the food truck craze is all about. 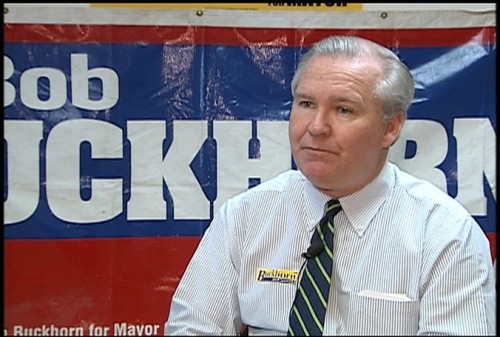 The Mayor was so impressed by the food truck rally a few months ago in Hyde Park that attracted thousands of people, he wanted to make it a regular event in downtown.

And so, the Mayor’s Food Truck Fiesta was born.  The first Wednesday of every month, food trucks will line up to introduce hungry customers to the street food trend that’s gaining popularity  in Tampa Bay.

“Creating a hip downtown requires thinking outside of the box,” said Mayor Bob Buckhorn. “This is exactly the kind of event that will generate a buzz and excitement in our urban core.”

But, some restaurant owners in downtown, like Bill Nelligar say the event is a double whammy, taking away business.

Nelligar tells 10 News he’s not happy the mayor is inviting food trucks into downtown, even if it is once a month, because it’s creating competition for the bricks and mortar restaurants that have made the commitment to downtown.  Nelligar says they’re already competing with the Downtown Market on Friday’s.

He says it makes more sense to hold these events on weekends.

There are 10 trucks slated to attend today’s event: