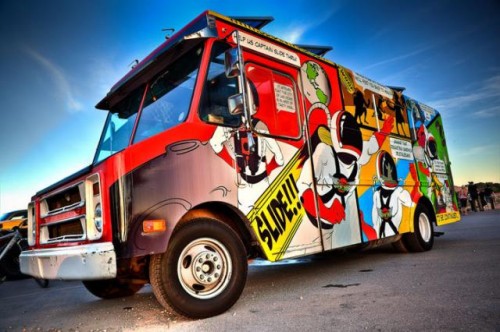 The Las Vegas City Council couldn’t agree on a proposal some said would have protected restaurants from unfair competition from food trucks by establishing a buffer zone around the restaurants.

The council on Wednesday failed to pass proposals for buffer zones of 150 feet and 300 feet and decided to table the issue.

“What it turned out to be, you know, I guess you could consider it a waste of time,” Fuku Burger food truck owner Colin Fukunaga said of the debate that lasted more than an hour and ended up changing nothing.

The council’s votes were the culmination of a debate that has been raging for months in City Hall, online and in the streets of Las Vegas.

On one side are restaurants contending that food trucks are swooping in and poaching business. On the other are those who say that the trucks are a welcome addition to the food scene and that businesses, mobile or otherwise, should accept a competitive environment.

Mayor Carolyn Goodman sought to broker a truce by convening a series of meetings aimed at creating rules both sides could agree on, including the formation of a buffer zone that would keep trucks from getting too close to restaurants.