Vendy Awards Head Back To New Orleans In April 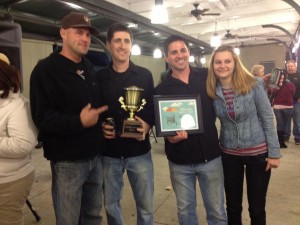 NEW ORLEANS, LA – Food trucks might have taken a while to really take off in New Orleans compared to other American cities, but there’s no doubt that mobile food vending has wholly captured the love and attention of Big Easy diners. Nothing proves this more than a return of the Vendy Awards to the Crescent City on April 3rd, when trucks and event caterers alike will battle it out to see who reigns supreme.

The Vendy Awards, a non-profit established in support of the Street Vendor Project and the Urban Justice Center, holds street food events in New York, Philadelphia, Chicago and Los Angeles. This will mark its second year in New Orleans.

“We’re so happy to come back to New Orleans,” said Vendy Awards managing director Zeina Muna. “It has such a rich food history, and that’s one of the reasons we picked it as a place we wanted to expand. And also there’s a great culture of street fairs and parades and of course there’s always food, so we’re just hoping to celebrate that and be a part of it. Also, for all of the chefs at local businesses that have worked so hard for so long, this is a great way for them to really break through and show people what they’re all about.”

The list of competing vendors is still shaping up and not final, but early confirmed vendors include returning champ Foodie Call, as well as finalists from last year La Cocinita, Empanada Intafada as well as the Queen of Yaka Mein, Ms. Linda Green. An official list of finalists and their bios will be announced soon on the Vendy Awards Website.