Let’s face it: most of the people reading this article either have had jobs in or currently in the service industry. They’ve been a hostess, waiter, fast food maven, or even a food truck operator. It seems everybody has done it at one point in their lives.

No matter how much you may claim to love people, dealing with some customers can, at times, really suck. We have compiled a list of the ones that the mobile customer service brigade have learned to hate (in no particular order): 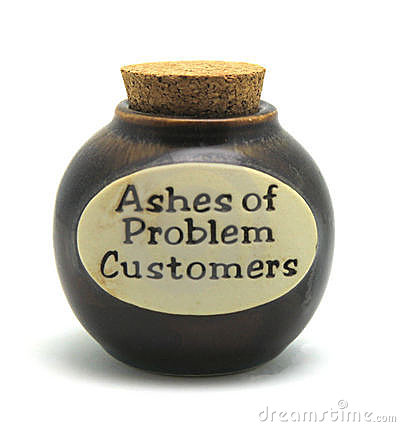 Don’t get us wrong; we’re not condoning the use of illicit drugs, but if you can keep the fact that you’re high as a kite discreet, more power to you. However, once your being stoned out of your gourd interferes with other people’s jobs, you’ve crossed the line. Especially when it handicaps you from making the crucial decision of what you want on your nachos.

Enter the Stoner, the guy who has no shame at all for being ripped to oblivion. This dude is weaving in and out of reality, absolutely baffled as to how he got to your food truck. Now, we understand your situation: You’re the hungriest you’ve ever been in your life, but you’re also, in your condition, borderline useless. Unless you’ve planned ahead (you didn’t) you’ll have to make a monetary transaction involving you and another human being.

But it’s not like the extraordinarily complicated system of menu-order-wallet-money changes once you’ve decided to puff the magic dragon. This is something you’ve been doing on a daily basis for a good part of your life.

Come on guys, either wait until after you’ve got your food to smoke, or get a grip for the 30 seconds it takes to order a churro.

Distinguishing Characteristics: Have no company, reek of desperation.

Some people have no friends, no one they can chitchat with about the stupid things that they can both relate to. To remedy this problem, some of these people go out and actually make friends. Others simply go to their local food truck to talk to strangers working in the service window, people who don’t know/care who you are and are literally forced to listen to you in order to earn a paycheck.

Taking full advantage of their captive audience, the Lingerer will proceed to bore you to tears about uninteresting details from their day, their iguana’s ailing health and their arsenal of closed-minded opinions and politically incorrect jokes that you have to chuckle at because the boss is standing right next to you.

They will then linger for the next twenty to thirty minutes, talking to you while you’re helping other people, trying to hide your waning interest in whatever the hell they were talking about. Sorry dude, but there’s a difference between making small talk and forcing someone to listen to your nonsense. Lingerers, as a rule, have not yet discovered the Internet and blogging.

You will encounter this customer if your truck is allowed to cook on-board and your kitchen staff is visable to the public(i.e. nothing to worry about Chicago food truck owners). This sort of environment is supposed to reassure the customer of the care that is going into their food, but is not meant to be an open invitation to critique you or your staff’s cooking abilities.

The Micromanager has zero faith in your cooking-mastery and isn’t the least bit shy about expressing this verbally. It doesn’t matter that this is your job and that after working here for the last couple months you kind of got the hang of how to spread mustard. The Micromanger is with you every step of the way; telling you how many pickles make the best sandwich and why its way better to cut it diagonally.

If you’re going to be involved with every single factor of making something, why not just make it yourself? In fact, if the food truck owner were smart, they’d hire this guy as the human equivalent of a training video.

Distinguishing Characteristics: Either a) Glued to a cellphone, or b) Having the appearance of a schizophrenic engaged in a one-sided conversation with themselves.

The advent of personal communication devices has given birth to a relatively new species of horrible customers: the Cellphone Idiot. Apparently there are people who have not caught on to the fact that talking on the phone in a line is both obnoxious and extremely rude. Sometimes they will up the ante, and choose to engage in a phone conversation while simultaneously ordering food, paying for said food and ultimately eating food, all while giving a play by play to the poor bastard they’re talking to.

Seriously people, we don’t want to listen to you shouting at your phone through a mouthful of hamburger. The Cellphone Idiot’s coup de grace, however, is when they have the audacity to give the “just a minute” finger when you ask them “how can I help you?”

As soon as T.T.T. walks up to your truck, you will sense a disturbance in the Force. You feel the wind shift and realize that there’s a storm coming, one that’s about to rain an ungodly amount of shit on you and everyone within earshot. The Ticking Timebomb enters with an enormous chip upon their shoulder, and it’s only a matter of time until they snap.

Try as you may to please this customer, they’ll find something to explode with rage over. Oh shit, the cold cook forgot to hold the onions on the salad, here comes the hurricane. The Ticking Time Bomb has now transformed into the Fire-Breathing Dragon of Rage. Sure to be insulted are: you, the truck, the food, the prices, the service, the management, the consistency, the wait, the lighting, the music, that horrible smell and how bland his wife’s meal is.

And being that the customer is always right, you have no choice but to take it. Nothing you do can possibly console the F.B.D.R., and your only hope is that he’ll punch you in the face so that you can a) karate-chop him, or b) sue him for punitive damages.

When you arrive at a mobile food establishment and begin your journey through the line towards the service window, it is wise to take advantage of this free time and figure out what you want to eat. The Procrastinator, however, finds this concept foreign to them.

Seriously, you’ve been waiting in line for ten minutes now – just now – you notice there’s a menu? All this time, the Procrastinator’s been too occupied texting, rocking out to his iPod or chitchatting with his stupid friends. The world starts and stops at the Procrastinator’s convenience and, when the Procrastinator is your customer, there is not a damn thing you can do about it.

We’d love to hear some of your funny customer stories. Feel free to share them below in the comment section.