To open our 2011 coverage we at MCM are happy to announce the results of our Punniest Food Truck Name Poll. With the initial poll starting on December 6th we listed 10 food truck names that we felt showed creativity in explaining their cuisine with a humorous twist. 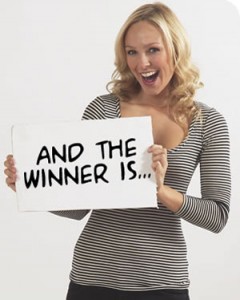 With trucks representing all areas of the country the votes from our readers started pouring in from every state in the US and 67 other countries from around the world including Canada, the Philippines and England. On December 23rd, the final week of the poll, we pared down to top ten vote recipients to five, leaving our readers with trucks from Miami, Los Angeles, San Francisco and New York to receive the final votes.

After closing the poll on December 31st we tallied the scores to find that our readers and the fans of these trucks had submitted nearly 17,000 votes for their favorites over the two rounds of voting. The clear leader with over 54 percent of the votes was one of the two Miami Florida finalists.

Without further ado, we would like to announce, that the winner of the MCM 2010 Punniest Food Truck Name Poll, and newest food truck entered was Miso Hungry and it’s owners . Although this truck hit the streets of Miami just two days before the poll was launched, they were able to garner so much support from our readers and fans, that they received more than 2,000 more votes than the second place truck.

In winning this polling contest, Mobile Cuisine Magazine will present its readers with a 3 part series (starting tomorrow) covering this truck, their owners and the fare they are serving their customers across Miami. We would like to congratulate Miso Hungry for winning this MCM reader poll. With the creative team behind their name, our readers have shown their support, so in return, we will give them all of the details to complete the initial chapter in this new food truck operation’s history.

Part 1 of our series.