How Much Does it Really Cost to Open a Burger King in 2021?

How much does it cost to open a Burger King Franchise? Expect to invest between $316,100 – $2,660,600 to open the doors to this burger chain. We’ll dig into the details behind this wide-range of startup costs later in the report, but to keep things simple the location matters a lot in determining startup cost. The initial investment will be magnified depending on how much effort it takes to build, permit, and outfit the Burger King location. Take our franchise quiz to find out if Burger King is right for you.

From a financial standpoint, you’ll need liquid capital of $500,000 and a net worth of $1.5 million to qualify as a franchisee. If you’re thinking about going into business with the king, check out our investigative report on the popular franchise opportunity below.

Here is a table of the general finances you’ll need to get started with a Burger King franchise. Note that these numbers are a base number and may not include some of the other fees you may have.

This is a more in-depth look at what those initial investments break down to.

Burger King does have a 4.5% royalty fee that’s attached along with other monthly and yearly fees to own a franchise restaurant. This is an industry standard rate as companies generally charge around 4% – 5% for royalty.

Here is a further breakdown of what kinds of fees you’d typically see running their franchise. These may not all apply to you.

Burger King also participates in the International Franchise Association’s DiversityFran program, which is a franchise education and research foundation program dedicated to increasing the diversity in franchising while educating minority communities about the opportunities in the franchise market.

Burger King averages around $1.4 million sales per unit with system-wide sales at $10 billion. Burger King lands at number 4 on the top quick-service restaurants in the annual sales. The company trails behind McDonald’s as the top fast-food restaurants that focus on burgers.

Burger King’s parent company is Restaurant Brands International (RBI), based in Canada and they also have Popeyes under their corporate umbrella of brands.

Burger King was founded back in 1953 as Insta-Burger King in San Bernardino, California and they relied heavily on insta-broiler ovens to cook their patties and burgers. Eventually, Pillsbury bought the company in 1967, shortening the name to Burger King.

Once that change of ownership occurred, Pillsbury opened up several lines of revenue for Burger King, including expanding their menu options, lots of marketing stunts for publicity, and opening franchising opportunities to extend their growth to one of the top fast food joints for burgers.

How Much Profit Does Burger King Actually Make?

As mentioned earlier, Burger King franchises have an estimated yearly sales of $1.4 million. Store owners usually profit with a 6% net revenue figure, which works out to $85,000 annual profit. This is not a bad profit for managing one franchise store. Some locations perform better, while others are worse.

One of the reasons why any franchise might excel higher than others is location. The location of where your franchise and local demographics has a huge impact on profit margin. 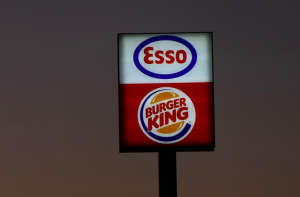 Local competition also plays an important role in profit potential. For instance, if your location has other food restaurants, especially places that sell burgers, it will create competition with your Burger King franchise. Furthermore, if you’re located in an area where there isn’t much foot traffic or if there’s a lot of road traffic, but no drive-thru option you’ll miss out on customers!

Sometimes it may not matter if there are 1 or 2 competitors nearby because of the volume of potential customers. As the future owner, you’ll need to balance that even though some areas will attract more customers, the cost of the land may be higher, and you may also need to hire additional staff and resources to operate the store.

Burger King has a few advantages over other franchises. The first thing to notice is that their parent company is Restaurant Brands International. They are part of a multi-brand company that can help facilitate, train, and provide resources for their franchises.

In addition, they have a support team that will help beginner franchisees with construction and design for their store, preferred real estate brokerage firms, and equipment vendors ready to sell or lend supplies that you need. The company also offers support phone lines.

RBI and Burger King offer two types of facilities that you can choose for your franchise store. The traditional type is your usual full-sized restaurant that’s a freestanding building that doesn’t share any space with other stores and has the full menu. The non-traditional may be joined with other stores like gas stations, retail, or food service, and it may not have dedicated seating.

For instance, there are 6 types of nontraditional facilities.

There are also institutional locations that are normally non-traditional facilities that are placed in areas such as government buildings, medical facilities, factories, airports, theme parks, etc.

They also have 3 different types of franchise agreements that owners can pick.

Burger King corporation also allows franchises to take complete control of their own stores, unlike some brands that only give partial control or none at all. This means franchise owners can ultimately run their own restaurants the way they want, making it much more efficient and produce much better profit margins. If you want the flexibility to be able to test new ways of doing things better this is a good option.

This freedom creates a better relationship with Burger King franchisees than other concepts like McDonald’s who are extremely stringent with their processes. A big takeaway is that sometimes branch owners may have their own unique methods for marketing or ways to attract consumers. This can also lead to innovation.

On the other hand, becoming a franchise with Burger King will also has disadvantages to be aware of.

The main thing to notice is their high start-up cost. With a minimum liquid capital of $500,000 and a net worth of $1.5 million, and a total investment that might reach well over $2 million, you’ll need significant funds to invest. Furthermore, they do have a big list of fees that will cut profitability. 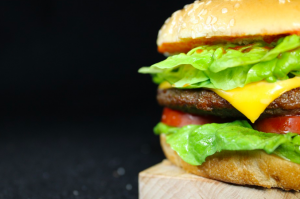 Burger King has also had a challenging financial history. They’ve changed ownership multiple times and during each transition, they would go seemingly from the brink of financial ruin and then repeat the cycle. As recently as 2020, Burger King announced plans to shutter hundreds of underperforming restaurants.

Related Reading: How Much Does It Really Cost to Open a Chick-fil-A Franchise?

Furthermore, Burger King had some trouble in Illinois. There was a small, local burger joint that started in Illinois and they named themselves Burger King in 1959. However at that time, the food chain Burger King that we know already existed, but they didn’t expand yet to Illinois.

By the time the chain Burger King came to Illinois for expansion, they clashed and the smaller, local store won. The chain couldn’t establish a franchise within a 20-mile radius of the smaller shop without approval. They tried to ask for approval but were denied. If wanting to open in that area, it’s important to consider this limitation.

Is the Burger King Franchise Best for you?

Starting a franchise in the quick-service restaurant business is never an easy venture. There are lots of things to consider, especially the amount of money you need to start up and increasing competition from other burger chains. That’s really the biggest requirement Burger King has for their potential franchise owners.

Related Reading: How Much Does It Really Cost (w/ Fees) to Open a KFC Franchise?

Once you come to the conclusion that you’re willing to invest your money into this franchise, everything else should be pretty smooth. Burger King has RBI for resources to train you and your employees, as well as supply any materials, equipment, and designers for your initial franchise restaurant. You’ll also have the freedom of managing it, but only to an extent as with any franchise, there are rules you’ll have to follow.

In spite of the challenges, Burger King is still one of the most globally recognized fast-food brands only behind McDonald’s. They are also in the top 6 for quick-service restaurants in general, so there is some additional reassurance regarding the long-term performance of the franchise.