Franchise vs Chain: The Most Important Differences to Understand

Both chain and franchise business models can be used to build a successful business. Yet there are significant differences between the two that you need to understand even thought the frequently terms are used interchangeably. This is understandable since a chain can also be a franchise and vice versa.

In simple terms, a chain is a business with multiple locations, potentially a few thousand if the chain expands. A franchise is a business structure where a franchisee can pay to operate a proven business system. In this article, we’ll dive deep into the advantages, disadvantages, and distinctions between chains and franchises. Let’s take a look.

What are the differences between a franchise and chain?

There are significant distinctions between franchise and chain business models in terms of ownership, allocation of profits, and risks.

What is a franchise?

A franchise is a type of business model that individuals can use to operate and put up locations of a store using the parent company’s name. The party who obtains the license and manages a single site is known as a franchisee, while the franchisor is the company selling the rights to use its name and trademark. In this business model, a franchisee is given an exclusive right to sell product goods or services within a particular area or territory.

The franchisee is provided by the franchisor with a plan or blueprint that includes making use of the franchisor’s established brand, goods, and/or services. This official document is referred to as a Franchise Disclosure Document or FDD. Franchises can be found in a variety of industries, including restaurants, retail, automotive, and healthcare. Some of the most popular franchise brands include McDonald’s, Subway, and 7-Eleven.

The key to a successful franchise is finding the right fit. The franchisor and franchisee must have compatible business goals and philosophies. The franchisor must also provide adequate support to the franchisee, which can include training, marketing, and financial assistance.

Franchises provide several advantages to both the franchisor and the franchisee, including support, brand recognition, and a proven business plan. Beginning a franchise location is typically simpler for business owners than starting their own company. The franchisee benefits from leveraging an established brand and avoids having to create their own company image. The entrepreneur’s chances of success may rise as a result.

Purchasing a franchise license also enables the franchisee to use an already existing business model, eliminating the need for them to create their own framework for conducting business. As a result, the franchisee is spared from making more significant choices like how to design and arrange the store’s layout, when to open and close, and what products/services to offer. The franchisor frequently also has operating and customer relations guidelines.

Since the franchisor is committed to the success of the whole franchise, it frequently offers assistance and resources to help it get started and succeed. Many franchisors offer advanced training to their franchise sites so that the owners can learn about business and revenue-generating tactics. They might also provide mentorship programs that link fresh franchisees with veteran franchisees who can impart business wisdom.

Additionally, franchisors offer assistance by way of supplies. The franchisor can negotiate prices with suppliers to benefit both the business and the franchisees. As a result, stocking a franchisee’s business is oftentimes less expensive.

If you’re thinking about starting a franchise, it’s important to do your research. Not all franchises are created equal. Some are more successful than others, and some require a larger investment than others. Be sure to ask a lot of questions and get all the information you can before signing on the dotted line.

What is a chain?

A chain is a type of business model in which the parent company has full control over its retail locations. As with a franchise, each location operates under the same brand name and offers the same goods, services, or menu as the parent company. Business chains are common in the retail and restaurant industries but can also be found in other industries like as hotels, automotive services, and health care. For example, The Holiday Inn is a popular chain of hotels.

The business chain model has a number of advantages because it allows for a high degree of control over the products or services that are sold, the prices charged, and the quality of the customer experience. The company can also benefit from economies of scale, as it can negotiate better terms with suppliers and reduce its costs by standardizing processes and procedures across the chain. Starbucks has regularly cited consistency as one of the primary reasons they don’t offer franchise deals.

Getting deals due to the number of items or ingredients purchased is known as volume pricing. Suppliers in major chains frequently use volume discounts that give big players an advantage over small businesses can’t order product at scale. Each chain site must be stocked, and all carry the same product lines, so the corporation can purchase and resell vast quantities of items enabling them to benefit from bigger discounts and achieve better bottom lines.

You Might Like: Take Our 7-Minute Franchise Quiz to be Matched with an Opportunity Based Your Interests and Budget

Customers that buy at chains come to expect the same ambiance, goods, and promotions at each retail location. As a result, the parent company may be able to develop a single marketing campaign that is applicable to all of its branches. For instance, a national company may use the same television advertisements and ad campaigns across the nation to advertise a holiday sale with exact sale items.

In order to test out new products, advertising strategies, layouts, and other modifications, many chains use one or a few sites as test markets. Without affecting the entire organization, isolated chain locations can be used to test new ideas or strategies to see how profitable they are. For instance, a business may offer a new product to a particular area to gauge how well it sells and observe how customers respond. If the product does well in one location, it shows potential it could perform well in other markets too.

The business chain model does have some disadvantages. For the company, the high degree of control that is possible can lead to a lack of flexibility and a lack of innovation. The company may also find it difficult to respond quickly to changes in the market or in consumer preferences. It just goes to show you there’s no 100% perfect business model.

Is every chain also a franchise?

No. As mentioned earlier, not all chains allows their business model to be operated by a franchisee. Many chains decide to hire employees and have more control over the day-to-day operations instead of going the franchise route.

A franchise is a type of chain, but not all chains are franchises. The words chain and franchise are occasionally used interchangeably (i.e., McDonald’s and Burger King are considered quick-service restaurant chains, but formally speaking, these are franchises because you can invest in the company as a franchisee. Here are a few examples from the real world highlighting the distinctions between these two business types.

Is KFC a chain or a franchise?

KFC is a franchise with many of its locations owned and operated by franchisees. The business world may still refer to this as a “chain” because of its many units spread over more than 100 countries and territories. Still, KFC is a franchise.

The franchise was founded in 1952 by “Colonel” Harland Sanders and is a fast food brand or a quick-service restaurant. The chicken-chain is known as the world’s second-largest restaurant chain behind only McDonald’s. KFC was one of the pioneering American fast-food chains to expand in several other countries and it began by selling fried chicken as the main menu from its state of origin in Corbin, Kentucky.

This famous chain was a franchise-led operation, and its early franchisees’ efforts were crucial to its success. Leon Weston “Pete” Harman, who was referred to by Sanders’ biographer as the chain’s “virtual co-founder”, was the one who struck a deal with Sanders to start the first KFC franchise. He was also the one who patented the tagline “It’s finger-lickin’ good,” which eventually became the chain’s catchphrase.

Is McDonald’s a chain or a franchise? 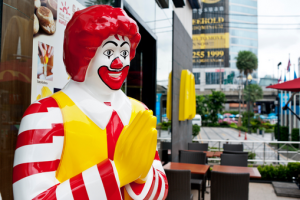 Ronald is loving it.

The Golden Arches is also a franchise with many of its locations owned by franchisees and run by them. Due to its over 40,000 locations scattered across more than 100 countries and territories, the business world may still refer to this as a “chain,” but formally and for the purposes of this article, McDonald’s is a franchise chain.

With over 69 million daily customers, McDonald’s is the largest restaurant franchise company in the world by revenue. Although their menus goes through innovation every few years, they are best known for hamburgers, cheeseburgers, and french fries.

Rent, royalties, and other fees paid by franchisees, as well as sales at restaurants run by the corporation are what drive McDonald’s revenue. With 1.7 million employees, McDonald’s is the second-largest private employer in the world, according to two reports released in 2018, just behind Walmart with 2.3 million employees. McDonald’s also ranks sixth in terms of global brand valuation.

Is Starbucks a chain or a franchise? 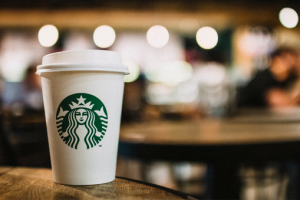 A drip coffee at Starbucks.

Starbucks is a chain. You can’t franchise this business. Investors that are interested in starting a location occasionally wonder or ask about purchasing a franchise of this famous coffeehouse. After all, franchising is a tested strategy for business success and revenue. The idea has been used for many years by brands like McDonald’s, KFC, and many others. However, prospective Starbucks franchisees who are eager to open a location discover that’s not an option, minus a few unique exceptions.

In contrast to franchisees, Starbucks does grant licenses for sites inside of hospitals, schools, and other establishments. A license is different than a franchise in that you pay money for the opportunity to use the likeness and products of the brand, but you don’t actually own any part of it.

While Starbucks offers design, menu, equipment, training, and support to licensed locations, having a license is not be suitable for everyone. The site still needs to be where Starbucks wants to open and approved by corporate. Additionally, the licensee needs to have the funding to open the shop. For a new operator to open as a first business, a licensed Starbucks is going to be difficult to get approval to operate.

Can you get financing for a chain and franchise businesses?

Franchise agreements stipulate that franchisees must cover a range of expenses, including franchise fees, advertising costs, and royalties. Even though these expenditures may appear overwhelming, financing for franchises is offered by commercial lenders, franchise financing firms, and the U.S. Small Businesses Administration (SBA). To assist new franchisees in getting started, some franchisors sometimes provide special agreements, such as waiving franchising costs for a predetermined amount of time.

In general, loans to start a franchise business are easier than original concepts since the business model and marketing plan is already proven. The allocation of risk, startup costs, retaining complete ownership of the business, and ways to expand the business are all things to take into account while deciding between franchising and growing a chain of restaurants or shops. 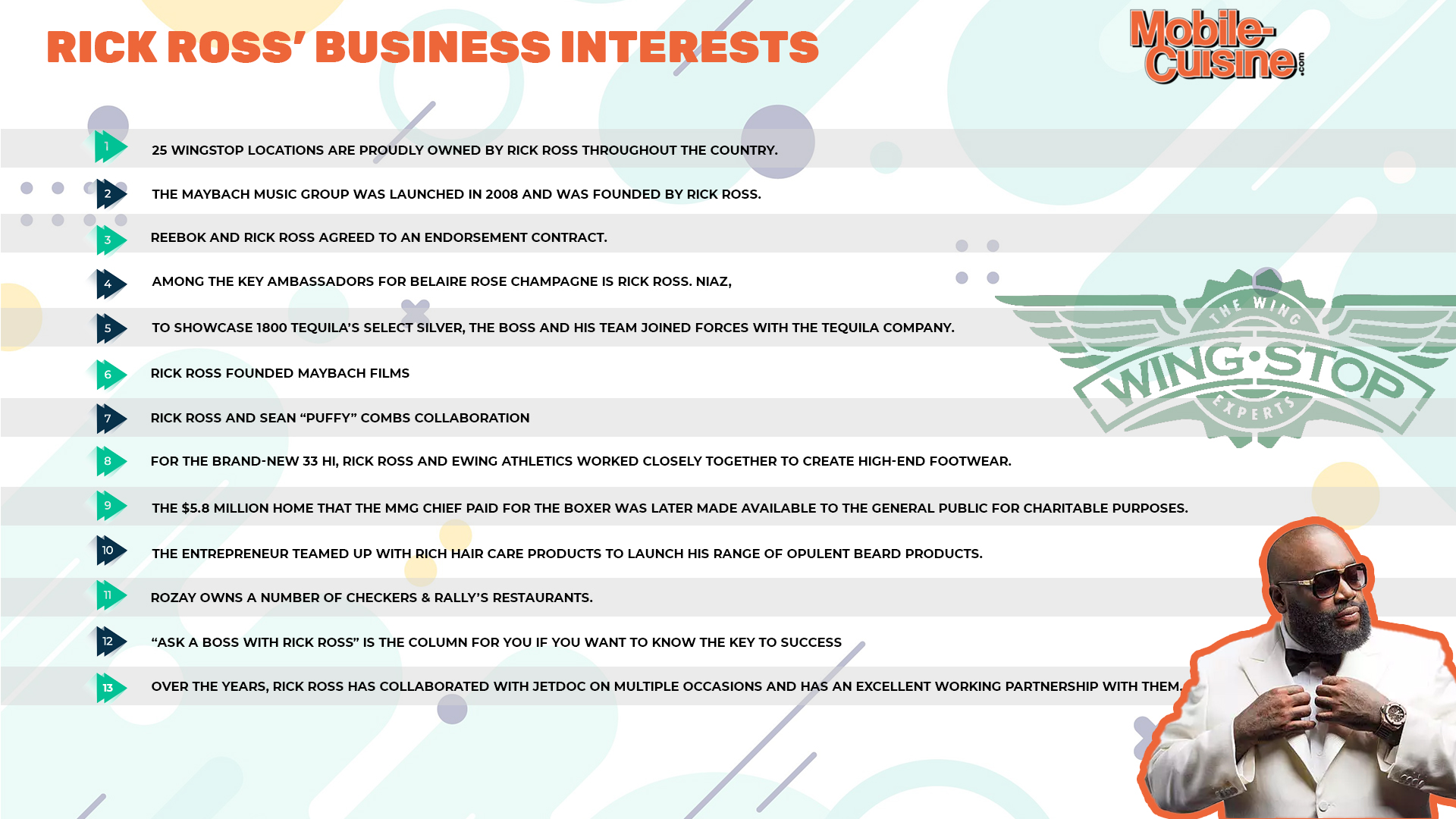