How Much Does it Cost (w/ Fees) To Open a Smoothie King?

This chain was established back in 1973 in Kenner, Louisiana by Steve and Cindy Kuhnau. Currently, Smoothie King has more than 1300 outlets in the United States and internationally, including South Korea, the Cayman Islands, and Singapore. Smoothies are in demand not only in the summer season, but year round and have even become a meal replacement for some.

How much will it cost to open a Smoothie King franchise? You will need $100,000 liquid capital and a total net worth of $300,000 to meet the financial requirements of this smoothie chain. A total investment of roughly $845,985 should be anticipated. The franchise fee for Smoothie King is $30,000. Find out if Smoothie King is the right business for you by completing our 7-minute franchise quiz.

Of course, the information does not end here. Scroll down for a more in-depth look at this franchise, including more guidelines, facts, and financial details you need to know before choosing a Smoothie King franchise.

A more detailed breakdown of the costs and fees associated with opening the franchise is provided below. Keep in mind that the cost of your initial investment may vary based on the type of location you prefer and obtain. You may opt for an end-cap/in-line location or a free-standing drive-thru location.

End-Cap Or In-Line Location – End-caps are located at the far ends of a shopping center or strip center, while in-line spaces are locations that are non-end cap. Restaurants or Starbucks are more likely to be on end caps, while nail salons, Subways, dentists, and Domino’s are common retail tenants that use in-line retail stores.

Overall, an end-cap or inline location is the less expensive alternative because it’s smaller, requires less equipment, and does not require as much staff to operate. Here’s a thorough breakdown of the anticipated costs published on the Smoothie King website.

Free-Standing Drive-Thru Location – Drive-thrus provide convenience and are lockdown-friendly. Customers may order their drinks, pay for it, and pick it up without ever leaving their vehicles. To be honest, the only negative about this option is the cost.

Because they have a larger space that is not part of an existing building, free-standing drive-through locations are more expensive. Freestanding locations usually have a drive-through and cover more square footage, hence they have higher property costs and larger investment.

*The figures in the table above, gathered from the Smoothie King Franchise Disclosure Document (FDD) 2020-2021, indicate the estimated financial range for the initial set up and first 3 months of operation for a new Smoothie King juicy bar.

Smoothie King does not share official data on per-location revenues, but we can calculate the average revenue per store with a little math. The company was able to generate $415.7 million of revenue in 2020 and have over 1,300 locations around the world. When calculated, this would result in average annual revenue of over $300,000 per location. That figure is merely an average, and it may or may not correctly reflect the total possible revenue for a certain location.

Franchise Review: How Much Does it Actually Cost to Open a Tropical Smoothie Cafe?

Smoothie King was started in 1973 by Steve Kuhnau, who was looking for ways to alleviate his food allergies and enhance his general health. Kuhnau turned to blend his own mix of supplements, nutrients, and fresh fruit after exploring many approaches to alleviate his ailment. After changing his diet, Kuhnau’s health improved significantly and was inspired to promote nutrient-rich drinks to the general public.

In 1989, Kuhnau opened the first Smoothie King shop in Kenner, Louisiana, and franchising officially began. Kuhnau swiftly and successfully extended the company throughout the United States, driven by his enthusiasm for sharing healthy eating.

After the acquisition, Smoothies Korea CEO Wan Kim who shares Kuhnau’s passion for spreading excellent health, took over as CEO of Smoothie King. Steve Kuhnau remains with the Smoothie King company as a consultant and brand ambassador, spreading his love for health and wellness.

Recently, Smoothie King was rated number one on Entrepreneur’s annual Franchise 500 list, indicating that many people see it as a viable franchise opportunity. Smoothie King is one of the companies with the biggest market share in the Juice & Smoothie Bars industry.

How Much Profit Does A Franchisee Of Smoothie King Make Per Year? 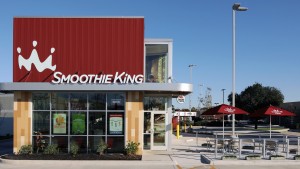 According to Glassdoor, a Smoothie King franchise owner’s average salary in 2020 would be $42,337 – $46,085. This figure is a reported average, thus there could be a wide range of salaries. From an ownership perspective, it can also be advantageous from a tax perspective to earn less annually. We have to rely on what other franchise owners report making because Smoothie King does not post any form of expected franchise owner payment.

I suspect the real average revenue of an owner per unit is around $100,000 and not what’s being reported on Glassdoor. It’s hard to believe that this franchise would still be in business of ownership made less than $50,000 in annual profit.

As a Smoothie King franchisee, your profitability is determined by a number of factors. Food costs, labor costs, commercial lease rates in your area (which vary by location), local product demand, and how well you manage your operations are some of these aspects. In addition, the amount and scope of your investment will also have a big impact on profit.

Owning a Smoothie King’s franchise, like owning any other business offers advantages and risks. To assist you in making a more informed decision, I have highlighted the advantages right here.

According to the company’s official website, Smoothie King is continually testing and introducing new products in order to boost traffic and sales for their franchisees, enhance the menu, and, most importantly, meet the evolving needs of today’s health-conscious consumer.

Indeed, it’s important for a producer to either build a completely new product or make significant enhancements to an existing product to adapt to changing conditions. Due to market changes, existing items may no longer be adequate to meet the expectations of buyers.

Related Reading: How Much Does it Really Cost to About a Five Guys?

A hard pill to swallow is that the most popular products of one period may become obsolete the next. As a result, marketers should make a determined effort to reach specific market segments by introducing new or improved products. Manufacturers can only reap the benefits of market changes if they are willing to innovate their products. The product development teams ensures your smoothie shop remains relevant with consumer taste preferences.

Smoothie King stated that location is one of the most important factors in the success of any franchisee’s store. This is why they have real estate team members to use this experience to help each of the franchisees find the most optimal place for their new business.

Smoothie King believes offers a premium level of support to their franchisees. From the moment a franchisee signs the agreement, the company wants them to feel that they have become a part of the Smoothie King family. As they stated in their official website, “Our processes, team members, and resources are all aligned to deliver the education, motivation, and support to help you successfully launch a new Smoothie King store.” 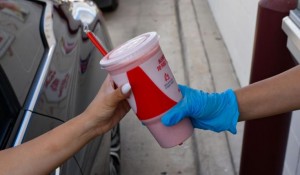 According to the Smoothie King franchise website: “By buying into a franchise, you have the backing of a recognized brand with a proven track record and business method… Franchising allows you to obtain independence and to be your own boss with far less risk.”

Franchise Review: How Much Does it Really Cost to Open a Subway?

However, Smoothie King franchise owners who qualified for SBA-backed franchise loans had a high loan failure rate of 28 percent, according to data supplied by the Small Business Administration (SBA). Failure to repay an SBA-backed loan (or any franchise loan, for that matter) implies that the franchisees were in a bad financial situation when they defaulted on their loan. With that being said, this data also suggests a 72% success rate for franchisee’s that get started with the help of an SBA loan.

Smoothie King’s brand message may not be distinctive enough in the marketplace to prevent a mom-and-pop business from successfully competing with one of its franchise sites, according to some in the media.

“There is nothing proprietary about Smoothie King’s business, so a franchisee is really paying to be associated with a well-known brand that consumers will choose over the alternative. I would like to see Smoothie King’s brand be a bit more differentiated.” If you want to get help on how to properly build your message and brand, visit here.

Smoothie King pricing is higher priced because their smoothies are generally considered healthier and contains premium ingredients. This is sometimes attributed to the cost of their ingredients, which in the case of Smoothie King includes vitamins, green tea, ginseng, proteins, and other healthy products.

If you want to save money as a consumer, this may not be the place for you. Smoothie King prices are significantly higher than other fast-food restaurants. With this being said, the menu prices are in-line with similar costs.

Is The Smoothie King Franchise Right For You? 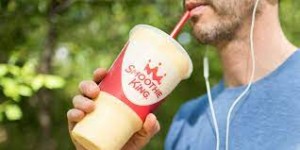 A man drinking a smoothie king blend to refresh!

Now that you’ve learned everything there is to know about launching a Smoothie King franchise, it’s time to evaluate whether or not this restaurant is suitable for you. In order to do so, you can ask yourself the following questions:

Capital and financial requirements aside, there are several other important things to consider. You’d also have to examine whether your particular skill set and personality are compatible with the franchise company.