How Much Does it Cost to Open a Whataburger Franchise?

If the first words that left your mouth upon unwrapping a Whataburger were “What a burger!” then you’re living Harmon Dobson’s dream. But if you haven’t tried one yet, be prepared because Whataburger might just surprise you with their oversized burgers.

With more than 800 locations, Whataburger is known as a family-owned fast food chain serving a variety of beef burgers and more. The company has been serving hungry customers since the 1950s. They continue to expand and spread the burger love all over America to this day. So if you’re looking to franchise a burger place that’s not quite like the others, especially when it comes to burger size, Whataburger could be for you.

Are you ready to investigate the profitability and growth potential of Whataburger as a business? Here’s my investigative report on this burger franchise.

These are the financial requirements and fees Whataburger is looking for in their applicants:

Whataburger opened up their franchising opportunity after 20 years so not all financial information is disclosed to the public yet. However, the company did provide the liquid assets and net worth requirements for franchise operators. As for the total investment and the franchise fee, they’re not disclosed at this time.

There are also no known facts at the moment regarding royalty and advertising fees. It’s also not sure what the renewal fees are. But according to Whataburger, if you are accepted as a franchise operator, you will get to run at least 5 Whataburger locations for a period of 5 years. This is a pretty short-term for a franchise restaurant.

Whataburger’s revenues have been on the rise for quite some time with their numbers reaching the billion dollar mark. For the year 2020, their revenue was recorded to be $2.698 billion showing a 5.6% growth from their previous year’s revenue. Their ranking in Restaurant Business Online’s Top 500 chains in 2021 is number 26, a rise from their number 30 spot in 2020.

In 1950, Harmon Dobson had an idea to serve a burger that’s bigger and better than the ones in the market at that time. The burger would have to be big enough that it would take two hands to hold and a single bite of it would have customers exclaim “What a burger!” Thus, Whataburger was born in Corpus Christi, Texas.

Whataburger is 5 inches in diameter which isn’t the usual average burger size. This is one of the reasons why Dobson’s burger was a hit. Dobson wasted no time in expanding the business that by the 1960s, there were 17 Whataburger restaurants in Florida, Tennessee, and Texas.

Harmon Dobson’s wife took over the business when he died in a plane crash in 1967. She was able to expand Whataburger to 200 restaurants by the 1970s. Some restaurants started opening for twenty-four hours daily in the 1980s. Dobson’s son Tom took over as CEO and President in the 1990s. By the year 2000, 575 Whataburger restaurants were in full swing with a following by the millions.

True to their name, Whataburger’s menu consists of a variety of burgers. They have a Jalapeño and Cheese Burger, a Bacon and Cheese burger, and a Double and Triple Meat Burger. They offer special flavors of their burgers from time to time such as a Mushroom Swiss Burger and a Ranch House Burger. They also have junior sized burgers, which are still considered filling since their options for junior sizes include a Double Meat Jr.

If a beef burger is not to your liking, Whataburger also has other items such as chicken burgers both fried and grilled. They also have a chicken fajita taco, chicken strips and bites, and a breakfast menu that includes a pancake platter and biscuit sandwiches with their Honey Butter Chicken Biscuit considered as an all-time favorite.

Whataburger is considered a Texas icon. The 77th Texas Legislature dubbed Whataburger a “Texas Treasure”. Texas recognized them for their 50 years of success and praised them for serving “high quality food at a fair price” as well as their “built-to-order burger”. Even actress and singer Selena Gomez called Whataburger one of her go-to spots when she’s in Texas. 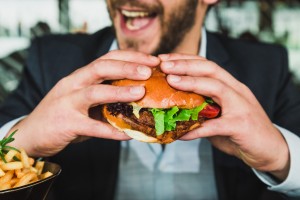 Whataburger was not open to franchising for 20 years and expansion during that period was through company-owned locations. But in recent news, after BDT Capital Partners’ announced that they will be investing in Whataburger, the fast-food chain quickly opened for franchising. Whataburger is now part of a parent company with shares in Panera, Einstein Bros. Bagels, Peet’s Coffee & Tea, Krispy Kreme, and Lou Malnati’s Pizza to name a few.

For now, franchise opportunities for Whataburger are available in Oklahoma, New Mexico, Florida, and Georgia.

How Much Does Whataburger Make in Profit?

Whataburger hasn’t made their profit details known to the public. But an unofficial estimate shows that a franchise owner makes an average profit of $94,000 to $122,600 annually. This falls in line with other burger chain concepts.

Advantages of a Whataburger Franchise

If you’re hyped up at the thought of getting to run a Whataburger, here are some of the distinct advantages of this company.

It is simply the Whataburger brand. This chain has a loyal following inside or outside of Texas. Whataburger has grown to over 800 locations with even more growth projected in the future. With the Whataburger name, marketing won’t be as much of a challenge in your region.

People may have already heard of Whataburger or are curious to get a taste of their burgers. So when you put up a Whataburger near you, you can be sure a certain part of the population will recognize the brand.

Franchise Review: How Much Does it Really Cost (w/ Fees) to Open a KFC?

As mentioned above, Whataburger isn’t your standard size burger. You need two hands to hold this sandwich, which is the Whataburger mission since it started. With this kind of size, consumers are sure to walk away full and satisfied. The size of patty and bun is yet another way to attract customers and increase social media sharing.

Whataburger offers more than specialty burgers. They’re also known for chicken strips and shakes. The menu includes sides like onion rings and French fries. If you’re not into burgers, they also have salads and wraps. For a fast food place, the restaurant is able to cater to a variety of cravings.

As mentioned above, Whataburger is gearing itself up for some major expansion. Under BDT Capital Partners, Whataburger is expected to have 25 new stores for 2021 with locations in Missouri and Tennessee.

So if you franchise with them now, you’ll be a part of aggressive expansion plans and leverage the latest store designs. You’ll be known as one of those franchise operators that were there when Whataburger opened its doors to franchisees after 20 years.

Challenges of a Whataburger Franchise

Whataburger may already have established themselves as one of the best burger places in America but that does not come without the many challenges in running this business. Here are some hurdles you may encounter.

You have to admit, the financial requirements for operating Whataburger are pretty steep. One must be a multimillionaire to even apply considering that your liquid assets must be $5,000,000 and your net worth over $12.5 million.

But hey, if you have the money and the passion, then go for it! But if you don’t, you might have to look for other options that can fit your budget. Fortunately, there are plenty of other burger franchises with lower financial requirements.

Despite Whataburger opening for franchising, the list of locations they’ll consider for now are just a handful and that’s only in Oklahoma, New Mexico, Georgia, and Florida. It’s not known when they’ll start accepting applicants for other locations. But you can hope for some good news soon since Whataburger seems to be pretty keen in expanding.

In northern parts of the United States, there are many consumers that still aren’t familiar with this burger chain. National marketing campaigns will need to be launched to get the word out in these areas.

Whataburger may not be new to franchising since they’ve done it before but after a 20-year hiatus, you’ll bet there’ll be some glitches along the way as they get used to adding more franchise operators in their growing family. They may or may not have a perfect franchising work flow at the moment and you’ll have to be flexible when it comes to dealing with these growing pains.

One famous food Youtuber Mike Chen once claimed that Whataburger’s food items looked “lifeless”. Some think the burgers are overrated. Whatever the reason is, Whataburger gets so many debates up and running that as a possible franchise operator, you’ll just have to welcome criticisms that Whataburger may not be for everyone.

Whataburger isn’t perfect. But the things that have happened to them through the years really gets one to thinking twice on whether or not they’d still want to franchise this burger chain. There’s the issue with their beef containing antibiotics. There was also that viral video of a rodent jumping into Whataburger’s deep fryer.

There have also been lawsuits regarding getting burns on some hot gravy, racial discrimination, and security choices. As a future franchise owner, you’ll have to take into consideration some of these issues even if they happened a long time ago. These past mistakes will still be mentioned every now and then so its important to be aware of them.

Is the Whataburger Franchise Right For You?

One of the biggest issues here to tackle when you’re thinking of franchising Whataburger is the significant financial requirements. And again, if you have the money, then applying to be a franchise operator shouldn’t be a problem. But if you find yourself struggling to reach their requirements, you can check other burger places to handle that can fit your budget.

What is an alternative Whataburger franchise?

If it’s the burgers you’re going for, you might want to try Burger King or McDonalds. Both are big named fast food chains in America and are known for their variety of food items on the menu. They have drive-thru setups, selected stores with 24/7 operating hours, and breakfast items. They’re also known internationally as compared to Whataburger’s coverage.

Whataburger is a proven fast food chain that’s been in business since the 1950s. If you have the financial means and located in areas where Whataburger is planned for expansion then apply to be a franchise operator.