How Much Will a Zaxby’s Franchise Cost After Fees?

One food chain considered a rising star in the quick-service restaurant industry is Zaxby’s. Known for their chicken wings, chicken fingers, and signature sauces, Zaxby’s grown to over 900 locations for over 30 years.

Are you think about franchising Zaxby’s? Read my franchise analysis of this restaurant so you understand the total costs, average profit, and challenges of the business. Take our 7-minute franchise quiz to be matched to the best business opportunity for your talents.

These are the financial details that Zaxby’s require if you’re interested in franchising with them:

In addition, the franchise requires a royalty fee of 6% and ad royalty fee of an additional 2.87 to 5%. Be sure to get clear on the ad royal fee percentage prior to signing a franchise agreement. A 2% difference annually may not sound like much, but it could result in thousands of dollars of lost profits over the course of a year.

As for the liquid capital, Zaxby’s defines this as cash or assets that can be converted to cash in 10 business days. The term of agreement to run a unit is 10 years.

Considering the system-wide revenue of Zaxby’s in 2020, we estimate the average sales per unit of $2,121,147. This is a fantastic average revenue number for a chicken restaurant. For comparison purposes, Popeyes only brings in an average of $1.2 million annually per unit.

Zaxby’s started in Statesboro, Georgia in 1990. Founders Tony Townley and Zach McLeroy invested $16,000 to open the first Zaxby’s with McLeroy selling his drum kit to help with the expenses.

The concept of Zaxby’s was to sell delicious chicken and sauces. Zaxby’s was an instant hit in Statesboro though it took them 4 years to add another location which was in Kentucky. At present, Zaxby’s has over 900 locations all located in the United States. 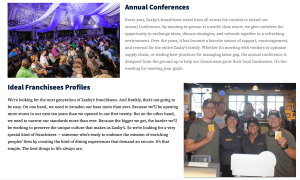 Zaxby’s menu consists of chicken wings, chicken tenders, chicken sandwiches, salads, sides, desserts, and drinks. But out of all the items on their menu, it’s Zaxby’s signature sauces that have become popular among their loyal followers.

There are over 15 sauces in Zaxby’s lineup. They are:

Their sauces are so well-known that one of their sauces, the Carribean Jerk Sauce, won a “Sauce of the Year Award” from The Association of Dressings and Sauces. Impressive!

You can also have Zaxby’s cater an event for you. In addition, Zaxby’s has a rewards program called the Zax Club wherein ordering through the app can earn customers rewards which can be free food or a special promotion. Reward programs like this encourage repeat visits from customers and increase unit profitability.

To franchise Zaxby’s you’ll need to submit a Pre-Qualification Questionnaire. Zaxby’s Franchising Department will then contact you to discuss all your inquiries and concerns you might have in franchising with them. You’ll also be given a copy of their Franchise Disclosure Document.

If all goes well and you pass the initial franchise approval process, potential franchise applicants will get an in-store experience by working with Zaxby’s for two days. Zaxby’s team also hosts a Discovery Day wherein representatives from Training, Operations, Market Planning, and Marketing teams explain to you the support Zaxby’s will provide as well as the service you can expect from them. Discovery Day is also all about Zaxby’s evaluating franchise applicants whether or not they are fit to franchise with them. This is an appealing benefit fo the Zaxby’s program because you’ll get real-world experience of what it will be like to operate the restaurant before you sign a long-term agreement.

Once you pass, you are asked to submit an Area of Consideration letter. The content of this letter is requesting development area in 60 days after meeting with Zaxby’s in Athens. This is also the time to get your attorney to help you form a legal entity that will let you operate a Zaxby’s. Be ready to submit all the documents that Zaxby’s needs from you during this period.

Site selection and construction of a new restaurant is the next step. Once you reach the pre-opening stage, you’ll undergo training. You’ll also be hiring your own team during this period so it’s an exciting phase of the journey. And once all that is done and the construction is completed, you’ll be ready to open the doors to your first Zaxby’s location.

Zaxby’s looks for the following criteria in franchise applicants:

Zaxby’s is currently headed by their co-founder and CEO Zach McLeroy. Zaxby’s headquarters is located in Athens, Georgia. The chain has won numerous awards for their chicken such as winning Thrillist’s Best Fried Chicken Sandwich category. They’re also awarded by Forbes as one of America’s Best Large Employers in 2021 beating out big competitors Chick-fil-A, Raising Cane’s Chicken Fingers, and even Wendy’s.

How Much Does Zaxby’s Make in Profit?

The top 25% of Zaxby’s franchise operators make a gross profit of $1.15 million per yer. This is strong performance considering the total cost to open a new Zaxby’s location is less than $1 million. There’s the potential to recoup your initial investment on only a few years.

Advantages of a Zaxby’s Franchise

Zaxby’s is considered a big name in the quick service industry which means there are a lot of advantages you can expect when you franchise with them. Here are a few:

As a Zaxby’s franchisee, you’ll be receiving a few perks. One of them is attending annual conferences hosted by Zaxby’s. These are often held at world-class resorts where you get to meet other franchisees all over the United States. Here, you’ll be able to broaden your network, exchange strategies, and discuss ideas with a lot of people. It will also be a nice vacation for the family. These annual conferences are a form of encouragement and support for fellow Zaxby’s franchisees. It’s also a way for franchisees to learn how to grow and better manage local chains.

With this kind of conference, you’ll know you have the support of Zaxby’s when it comes to running your franchise as well as the encouragement from entrepreneurs with the same mission as you. This also makes you feel like you are part of a big family which helps boost camaraderie and unity within the Zaxby’s business circle.

As mentioned above, Zaxby’s is a big name in the chicken business. Their competitors are big time business chains such as Chick-fil-A, El Pollo Loco, and Popeyes. With this fact, you don’t have to worry about not having a lot of customers. The name and legacy that Zaxby’s has built through the years will have many flock to either try you out for the first time or keep on returning for those signature chicken wings and sauces.

Zaxby’s has been around for 30 years selling their famous chicken and sauces. Aside from that, they’ve reached over 900 locations in 17 states. They’re also known for their billion-dollar system-wide revenues. This is an achievement that few restaurant chains can claim.

A brand with such a stable and strong presence in the food industry is something you’ll be proud of and can trust when you decide to franchise with them.

Challenges of a Zaxby’s Franchise

Despite having so many advantages listed above, Zaxby’s still has some challenges when it comes to franchising with them. Here are a few you can expect.

One might think “Oh, I can eat a salad at Zaxby’s so it’s healthier.” And though that may be true, some of the salad options there are still quite unhealthy. Take the Fried Cobb Salad for instance. The salad contains 820 calories and 1,970 mg of sodium. More if you add too much salad dressing. And that’s not all. Even their grilled chicken sandwich packs in 1,510 mg of sodium.

Though you may not have any control as to what items are served at Zaxby’s, you’ll have to realize that the truly health conscious crowd won’t be a part of your target market. Based on the annual sale figures of this restaurant that’s probably okay.

With over 30 years in the business, it’s still surprising that Zaxby’s hasn’t tried to branch outside of the United States like their competitor Popeyes has. They have over 900 locations but no franchisees can be found in Canada or even Mexico.

Zaxby’s has potential outside of the United States and we hope they would consider franchising globally soon.

Is the Zaxby’s Franchise Right For You?

Will Zaxby’s be profitable for you? According to some estimates, you may get a 27% return per year on your investment. But do keep in mind this depends on a lot of factors such as location and competition within the area. We advise discussing your options with a financial advisor and thoroughly read and understand the terms of the franchise disclosure document before signing up to become a franchisee.

With over 30 years in the business, Zaxby’s has proven they’re here to stay. The restaurants menu options are as desirable today as they were 3 decades ago.

If you’re going to get into a food business, it would make sense to franchise from the top leading chains in the United States. This gives you assurance that you’re partnering with a business that’s stable, credible, and also has a name that everyone is familiar of so you don’t have to worry whether you’ll receive enough customers when you do decide to bring the business to your area.

What is an alternative Zaxby’s franchise?

If it’s a famous chicken place you’re looking for, check out Popeyes. They have over 3,000 units and can be found internationally. They’re known for their fried chicken and their chicken sandwiches.

Did this guide help you? I hope this was able to help you make a decision as to whether or not Zaxby’s is the right franchise for you. 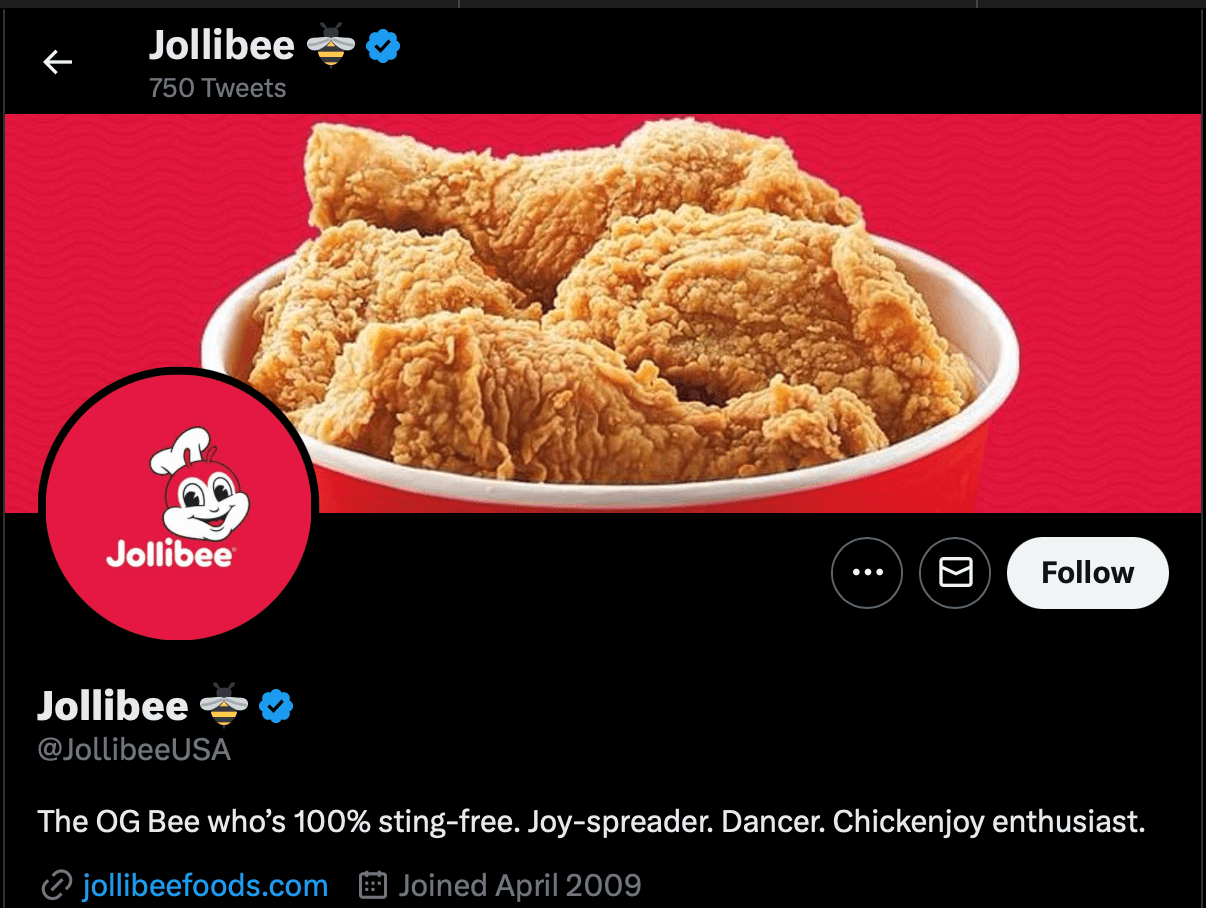