Cattleman and inventor Charles Goodnight was born on March 5th in Texas. As a tribute to the man who may be the one individual most responsible for the food truck industry we have today we have put a short biography together for you.

Charles Goodnight: The Man, The Myth, The Legend

Charlie Goodnight, also known as Charlie, was born with the Texas Revolution. He came to the state from Missouri the year Texas entered statehood, and, later, with a handful of men, invented the American ranching industry and the chuck wagon. He is sometimes known as the “father of the Texas Panhandle.” Essayist and historian J. Frank Dobie said that Charles Goodnight “approached greatness more nearly than any other cowman of history.”

The chuck wagon (a cowboy’s portable kitchen wagon used on the cattle trails) was invented by Goodnight in 1866 by using an army surplus Studebaker wagon to create what is considered by many as the first food truck. Goodnight purchased the government wagon and had it completely rebuilt according to his specifications in seasoned bois d’arc, the toughest wood available.

The distinguishing feature of the wagon was the sloping box on the rear with hinged lid that lowered to become a cook’s worktable. The box was fitted to the width of the wagon and contained shelves and drawers for holding food and utensils. Since early 17th Century England, individuals involved in the meat business referred to a lower priced part of the beef carcass as the “chuck.” To the cowboys, “chuck” was food, so the box was called a chuck box and the wagon became known as a chuck wagon. 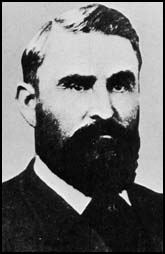 Most chuck wagons had the same basic design. They were large, sturdy, four-wheeled wagons with bows across the top covered with waterproof sheets. There was usually a cowhide stretched beneath the wagon bed and fastened at the corners; it was used to carry wood or cow chips.

Chuck wagon food was comprised of black-eyed peas, beans, corn and cabbage. Of course, there was lots of beef and bison steaks and stews spiced with chilies, garlic, and onion or the occasional catfish or shrimp caught from the rivers, lakes or coastal waters. Sourdough breads (sourdough bullets), quick biscuits, skillet corn bread and cowboy coffee were served with the meals.

The chuck wagon was drawn by oxen or mules. The wagon usually carried food, eating utensils, a water barrel, as well as tools and bed rolls, all tucked away in drawers and shelves and covered by a canvas covering. A hinged counter that folded out was used for chopping and preparing the food.

Without the chuckwagon’s creation by Charles Goodnight, not only would the trek Westward changed, but who knows if there would be a mobile food industry like we have today.

More on Charles Goodnight can be found at PBS.org  <here>