Ann Arbor Next in Line to Join the Mobile Food Revolution

ANN ARBOR, MI – Shortly you will be able to add the college town that is home to the University of Michigan to the growing list of cities that is stepping up to the plate to join one of this country’s fastest growing food trends; the mobile food industry.

Mark Hodesh, owner of Downtown Home & Garden (210 S. Ashley, Ann Arbor, MI), is opening up a 2,700 square foot area behind his store for local food cart owners to sell their fare to the citizens of his community. The planned food cart pod will be the home to 10 individually owned food carts ranging in cuisines from hotdogs and kimchi tacos, to chorizo corn dogs and pierogis. 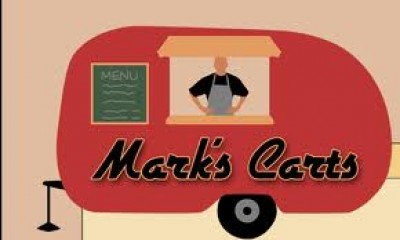 Originally slated to open in April, weather became an influencing factor which has delayed the pod’s opening until later this month. This delay although disappointing, has given the food cart owners a little more time to receive all of the proper permitting.

Once opened, each of the carts will set their own hours of operation, however Mr. Hodesh’s own cart (Mark’s Cart) will stay open from 8 AM through 10 PM each day will remain open from March until November. Hodesh said he expects lunch, at least initially, to be the busiest time. “I think lunch will be a hit first and that dinner will develop over time and will eventually outshine lunch. But it will take longer,” he said in an interview for AnnArbor.com.

The current lineup of seven carts is as follows:

With three additional slots open, Hodesh is looking at other styles of food to occupy those spaces including but not limited to Indian, Jamaican and Pizza. “But I’m open to anyone with an interesting food idea,” he said.

If you are interested in submitting an application for your own food cart you can find them at the Mark’s Cart website www.markscartsa2.com. Currently the cost of renting a cart space which includes utilities and usage of a commercial kitchen is $7,500.

We look forward to following the opening of this mobile food venue. Ann Arbor is very similar to other communities such as Portland, OR that have had great success with food cart pods. Templates like this will soon become the norm around the country, especially in towns and cities where college students with limited budgets are looking to be able to feast on gourmet food with prices they can afford. Due to the restrictive parking laws in Ann Arbor, a food cart pod makes much more sense than a roving band of gourmet food trucks fighting for the limited parking spots the city has to offer, but don’t be surprised if a group of talented chefs move into this area to give it a try.