Food Trucks Have a Chance to go Back to School

Yesterday, Chow presented their list of The 10 College Towns with the Worst Food (see list below) which got us to thinking that food trucks in these areas have been given a fantastic lead in to the administrators of these colleges, as well as the owners of parking lots in these poorly  fed communities. 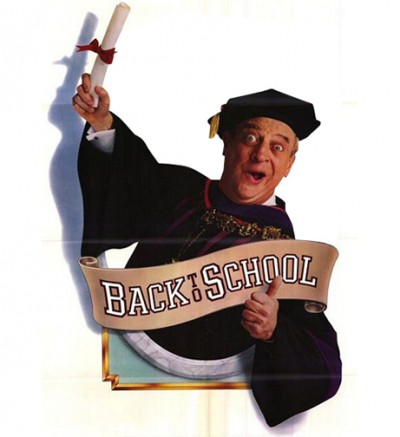 Taking advantage of situations like this can truly give a gourmet food truck a clear advantage into getting their foot in the door of a community where it’s locals are struggling to find inexpensive, yet delicious food.

Today’s college student, full of testosterone, has been made aware through television and the numerous food related websites that there is more to feeding themselves than just ordering a slice of pizza or hitting up the local greasy spoon in between classes. As other truck owners have found around the country, college students typically have a small budget when it comes to feeding themselves but are still interested in their dollar going a long way.

Government budgetary shortfalls have led to numerous funding cuts to college dining facilities, some of which have been forced to close their doors. These closings should be used as a means to strike up a conversation with the schools administration. If you are a current food truck operator, or just someone looking to start up a mobile kitchen in these areas, put in a call to the school, and try to set up times in which your truck can drive onto campus, to give their students a chance to try out your delectable menu items.

If a group of trucks is able, locate an empty lot, or parking area in these towns, and plan meetups where your group can come weekly to provide a better selection of menu items than one truck could. You will be providing far better than the local fast food options that these students and the local community currently have. These group meet ups can be set up for lunch times, dinner times, or even during the fall and winter, before the big home football games when many of these students are already looking for tailgating options.

2. Ruston, Louisiana: Louisiana Tech
Not only is Ruston a minuscule town with little to do, it’s also semidry: Only restaurants can serve booze. Plus, one of the most popular student restaurants appears to be named Dawghouse.

3. Waco, Texas: Baylor University
Waco is so bereft of good restaurants that a local food blogger actually praised the food at Chili’s and Red Lobster. Options are so scarce that students routinely drive two hours to Dallas to visit the Cheesecake Factory.

4. Augusta, Georgia: Augusta State University, Augusta Technical College
Augusta is home to International Paper, which calls itself “one of the most productive paper mills in the world.” You like your meatloaf with a side of stench?

5. Gainesville, Florida: University of Florida
This tiny backwater, home to your reporter’s alma mater, is a snarl of generic sports bars with greasy wings and two-for-one pitchers of Bud. Florida’s bugs and humidity are horrifying, but at least you can usually console yourself with excellent Cuban, Jamaican, and Puerto Rican food and decent barbecue. Except you won’t find good versions of any of that here. More ammunition: The town’s longtime popular Chinese joint, located directly across from the university, was named Chinee Takee Outee.

7. Farmington, Maine: University of Maine Farmington
“Everything in Farmington, ME is horrible,” says tamerlanenj on the Chowhound boards. “Just a little warning in case you should find yourself passing through. Keep right on driving.” Seems the three best-known restaurants in town are a controversial soup place, a diner specializing in Sysco cuisine, and a pub that serves “universally terrible” dinner food, according to tamerlanenj. Not to worry, though: There’s also a McD’s, a BK, a Pizza Hut …

8. Tuscaloosa, Alabama: University of Alabama
It can’t possibly be a good sign that the town’s official convention and visitors bureau lists Bama Belle Riverboat under “fine dining.” Meanwhile, on the restaurant site linked to Tuscaloosa’s official city page, two of the five best restaurants in town appear to be a chain deli and a sports bar. More damning: The city’s newspaper doesn’t even have a dining section.

9. Erie, Pennsylvania: Penn State Erie
Dining options are so miserable in this podunk town that french fries appear on the plates of almost a third of photographed dishes reviewed in the local paper in the last few months.

If you and your truck currently operate in a different college town, what suggestions would give the truck owners close to these towns? We’d love to hear your thoughts in the comment section below.