Food Trucks May Be Given a Real Chance in Atlanta

Apparently, at some time in its history, Atlanta was being overrun by gangs of renegade ice-cream trucks, covering every area of the city and terrorizing its people. Because of this, governmental agencies looking to protect the citizenry; placed archaic laws on the books which prevented these mobile dairy gangs from taking over the public right of way for more than 30 minutes at a time per location. Unfortunately, these laws have been a key factor in preventing the food truck industry from spreading into this Southern metro area. 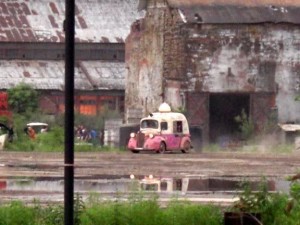 Currently, mobile food vendors in Atlanta have been relegated to serving their food in private lots or at traveling festivals. Although this route may work well for some, for young entrepreneurs looking at food trucking as their primary means of income, it does not come close. Hope is on the horizon though, thanks to Councilmembers Kwanza Hall and Natalyn Archibong.

These councilmembers, looking to bring additional economic stimulus to the city, have introduced a measure that would allow truck owners to leave the festivals and actually sell their mobile creations in the curbside right of way beneath the I-75/I-85 viaduct on either side of Edgewood Avenue between Jesse Hill Avenue and Fort Street.  According to Councilwoman Hall, “We want to take a seedy, desolate area and try to drive some economic impact, I could see someday getting 20 to 30 trucks in that area.”

The proposed legislation would allow the city to issue operating permits in a monthly lottery where winning vendors would be selected to hold one of the eight proposed vendor slots. As long as the lottery was held openly and allows for fair participation, this could be the start of something great for the industry in Atlanta. Dependent on sales results and if customers feel safe while dining in the area, City Council and the Transportation Department could increase the number of awarded permits and add additional locations outside of this pilot district for truck owners to operate. 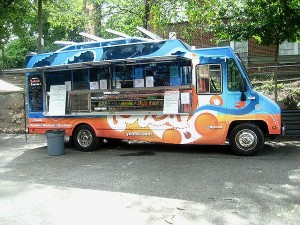 The proposals submission does not assure a quick ratification as it may take some time before it is brought to a vote. The city’s attorneys still need to comb through the language of the bill, and the Atlanta Street Food Association will review the issue and give the Public Safety Committee its recommendation to updates or changes to the legislation.

The mother of the owner of the Yumbii food truck supports the measure and would love to see her son’s truck be part of the revolution. Rebecca Young stated, “If Yumbii can help revitalization in that area, we would be happy to be a part of that,” she said. “It’s going to have to be secure and we would have to assure people that it is secure. But other cities have had food trucks in areas that had security issues and they were able to turn it around and make it a place people wanted to be.”

Be sure to bookmark this article to keep track of the progress this legislation, we will be constantly monitoring the situation and updating our report as things change.