Better Ingredients. Better Pizza. This is the mantra Papa John’s has been following to grow to more than 5,000 locations in 45 countries. The expansion and longevity of a brand like Papa John’s is the result of this winning business strategy. One of the biggest NBA stars of all-time turned TV personality, Shaquille O’Neal even took notice and now owns a reported 9 locations and is a member of the Papa John’s board of directors.

How much does it cost to open a Papa John’s? To apply to become a franchise operator, you’ll need a minimum of $250,000 in liquid assets or cash and a minimum net worth of $750,000. The total investment you can expect from operating this pizza place is $115,120 to $794,420 with a franchising fee of $25,000. Take our 7-minute franchise opportunity quiz to find out Papa John’s is a good fit for your goals and budget.

But there’s more to these estimates when you dig into the financial details. Read on below to get an inside look at what other fees Papa John’s require, how they’re faring in revenue and in profit, what the challenges and advantages of operating this chain are. Is this the right franchise for you? Find out below.

These are the financial requirements to franchise a Papa John’s:

Other fees to note are Papa John’s royalty fees of 5% and an ad royalty fee of 8%. The terms of agreement cover 10 years.

Papa John’s annual revenue is in the billions since 2006. It has seen a fluctuation of revenue from 2007 to 2010 with $1 billion to $1.1 billion but has steadily climbed up to $1.8 billion at present. Though sales have dipped in 2018-2019 at $1.6 billion, 2020 has seen an 11.98% growth in revenue. Pizza franchises in general have performed exceptionally well over the past 18 months. Much of the revenue comes through delivery orders.

Papa John’s beginnings were known to have started in a broom closet. In 1984, John Schnatter started serving pizza at the back of a tavern in Jeffersonville, Indiana. Schnatter bought ingredients and equipment for $1,600 to start Papa John’s. According to reports, Schnatter and his partner Bob Ehringer were only able to generate $1,000 to $1,500 a week for the first 6 months. But March 1985 saw an increase in sales where Ehringer and Schnatter along with a few staff were making 3,000 to 4,000 pizzas weekly. The pizza joint reached an important inflection point.

Papa John’s was incorporated in 1986. By then, the pizza place became for including a special garlic sauce and two pepperoncinis with each order. Papa John’s was also known for having its own commissary where they made pizza crusts and then delivered these crusts to all their locations, thereby maintaining how consistent their pizza quality while cutting labor cost and waste.

Franchise Review: How Much Will it Cost You to Open a Pizza Hut?

The 1990s saw Papa John’s grow to over 200 units and $82 million in sales. Back in the 90s, an entrepreneur could invest in a Papa John’s franchise for less than $100,000. This opportunity was a steal for many early franchise members, considering similar concepts can cost $1 million to get started. By the end of the 90s, Papa John’s grew quickly to more than 2,000 locations.

Papa John’s menu to date includes classic pizza toppings like pepperoni or Garden Fresh for the veggie lovers out there. They also have other bolder flavors like the Fiery Buffalo Chicken and Philly Cheesesteak. Papa John’s also allows customers to create their own pizza. Other items in the menu, include breadsticks, chicken wings, and cinnamon knots.

At present, John Schnatter is no longer handling the reins at Papa John’s having left the board and CEO position in 2017 and 2018 after racist accusations. Papa John’s stock price dropped by about 50% after this news came out. Schnatter soon sold most his company shares leaving him with only 3.96% ownership. For all his hard work and involvement in running the business and raising Papa John’s as what it is today, John Schnatter’s net worth is estimated to be $1.1 billion.

The share price of Papa John’s has rebounded and is now sitting near all-time highs at the time of writing. The price per share is over $125 as I look at the stock ticket right now. The stock even pays a small divided to shareholders. For investors that stuck with this pizza stock during the hard times, they’ve been rewarded. 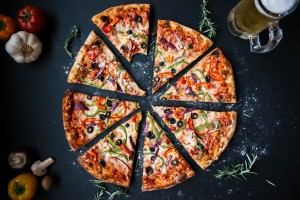 The pizza chain saw a dip in revenue in 2019 and one of these reasons was due to Schnatter’s racial remarks. Many social justice groups and consumers decided to boycott the pizza chain for months. The restaurant has reported a sales decrease of 5.7% for North America and a 3.8% decrease in system-wide same-store sales during this time period.

To help Papa John’s, Shaquille O’Neal joined the company’s board of directors. Shaq is also known as Papa John’s brand ambassador and invested in 9 franchises in the Atlanta area. The basketball star even has a pizza named after him called the Shaq-a-Roni pizza which is an extra-large pizza with extra pepperoni and mozzarella cheese. The slices are larger than the average pie slices and $1 from every Shaq-a-Roni pizza sold is donated to The Papa John’s Foundation for Building Community.

As of August 2019, Papa John’s new CEO and president is Rob Lynch who used to be the president of Arby’s.

How Much Does Papa John’s Make in Profit?

According to Marketwatch, Papa John’s gross income in 2020 is $294.5 million which saw a growth of 21.06% from 2019’s gross income data of $243.26 million. Based on this data, you could expect the gross income per location to be around around $58,600 per unit in 2020. I came to that estimate based on dividing the total gross income by the number of Papa John’s locations.

Advantages of a Papa John’s Franchise

Before you sign on the dotted line with this franchise, you’ll want to understand the advantages it can offer you throughout the minimum ten-year agreement with the franchise. Below are some of the key advantages as I see them.

Papa John’s is a big name. With a business name that has over 5,000 locations, it’ll be more of a surprise if no one knows what a Papa John’s is.

With that being said, you won’t have to worry about getting your pizza place out there. Papa John’s is well known enough that marketing won’t be such a big problem. Sports fans, specifically those that watch the NFL on television are familiar with Papa John’s from national advertising campaigns run during games.

Papa John’s is known for their pizzas and their dipping sauces which makes eating pizza crusts all the more interesting. People actually finish a whole pie rather than toss out the crusts thanks to their dipping sauce. The dipping sauce has become so popular that it’s also sold as gallon jugs. I can speak from personal experience that I’ve ordered from Papa John’s because I enjoy the garlic dipping sauce so much.

Papa John’s is known for using the freshest and natural ingredients on their pizza. Their pizzas do not contain trans-fat, MSG, BHA, BHT, partially hydrogenated oils, and fillers. Their dough is never frozen, guaranteeing customers each pizza is freshly made.

Out of more than 5,000 locations, Papa John’s has over 2,111 stores outside of the United States. They’re not only well known in America but all over the world. Papa John’s is ranked number 8 on the Top 100 Global Franchises in 2021.

Challenges of a Papa John’s Franchise

As with all other businesses, Papa John’s has challenges too. The best thing about reading these challenges now so you understand what you’re getting into. Better see them coming than be caught in surprise. Below are some challenges to look out for.

John Schnatter’s racial remarks caused Papa John’s franchisees to suffer between that period in 2018 and 2019. And though there has been a rise in revenue at present and marketing efforts were made along with having Shaquille O’Neal as a brand ambassador, some still associate Papa John’s with the John Schnatter incident a few years back. This is an ugly example of how the comments of a company CEO can impact your businesses performance. Schnatter should have known better and paid the price for these comments.

It will take some time before the public forgets about this incident. But for now, knowledge of this history is important before investing your life savings into the pizza joint.

Statista reported that Papa John’s has seen a low employment workforce around 2018 to 2019 but that is to be expected after what happened during those years. It has seen an increase in 2020 and hopefully, things will turn out better for Papa John’s and their employees in the future. 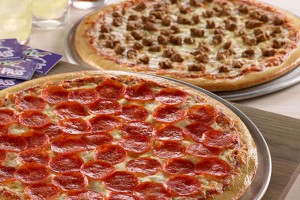 Franchising a restaurant like Papa John’s can be expensive if you don’t have the proper capital. According to a 2012 article by the UnhappyFranchisee, Papa John’s has a 23% failure rate for those who received SBA-supported franchise loans. Some have used their personal assets or houses as collateral and almost a quarter was not able to repay those loans. These stories of entrepreneurs that failed are heartbreaking. It just goes to show you, even if a concept is expanding, not every location will work out for a variety of factors.

Papa John’s also does not have any financing assistance when it comes to franchising so you must be able to meet their financial requirements should you decide to pursue in applying to operate a location.

Have you ever stopped to think about how many pizza franchises are operating in your city? I’d bet you’ve got competition from well-known brands like Pizza Hut, Domino’s, and even Chuck E. Cheeses. There are even more innovative pizza concepts like Blaze Pizza that the company need to account for as well. This concept allows guests to watch their wood-fire pizza being made similar to a Subway. Of course, there is also regional competition from ma-and-pa pizza makers.

Bottom line, there are plenty of options when it comes to pizza. Papa John’s will need to continue innovating to remain competitive in this lucrative, but tough space.

Is the Papa John’s Franchise Right For You?

If your budget fits the financial requirements that Papa John’s then this pizza chain can be the one for you. The brand has a globally recognized name and a proven marketing plan so you don’t need to worry about getting the name out to your community as much. The chain also uses fresh ingredients so you can be assured of serving delicious pizzas to customers.

What is an alternative Papa John’s franchise? If it’s a big named pizza place you’re looking for then you can try Pizza Hut. Just like Papa John’s, this pizza chain has over 17,000 locations in the United States and around the world. This is another chain with broad appeal that’s been in business for decades.

Related Reading: How Much Does it Cost to Open a Little Caesars Franchise?

Pizza Hut offers franchising at $25,000, the same with Papa Johns. The total investment is around $297,000 to $2,109,000. Financing assistance is also provided. Check out more of our guide in franchising Pizza Hut here.

I hope these details help you understand the pros and cons of owning a Papa John’s! With this guide, you might just be able to own a unit or two and serve fresh made pizza to your community.