From its humble beginning as a single family-owned restaurant in Michigan, Little Caesars has grown into a nationally recognized household name when it comes to affordable pizza. The restaurant chain is most famous for their HOT-N-READY pizzas and the famous Crazy Bread.

Aside from pizzas, breads, dips and sauces, Little Caesar’s also sells chicken wings. The chain is on a mission to create and release the best chicken wing flavors they can come up with in the test kitchen. In general, their wings come up to par with the popularity of their pizzas. Drop by your nearest Little Caesar’s and you can try out their menu all bundled into combos you can choose from. Here are the latest prices for everything on the Little Caesars menu in 2023.

What menu items have been discontinued at Little Caesars?

Pizza crusts are glorified in the form of Little Caesar’s Pepperoni Crazy Bread. These are stuffed breadsticks with spicy meat fillings enclosed in toasted garlic butter bread with parmesan toppings.

A sweet honey mustard flavor with just the right amount of smoky bacon flavor drizzled all over tender chicken wings. It’s a wonder why it was ever taken off the menu when it was a popular wing flavor.

Baby Pans from Little Caesar’s were one the best ideas a pizza chain could offer. More fulfilling than a slice of pizza, and less diabetic than a whole pan. However, the cheese flavor didn’t sit well with the concept, and away it went.

It was an odd flavor on wings and certainly was an acquired taste. That could’ve been the reason for its discontinuation as customers simply favored classic buffalo and BBQ wings. We may never know the true reason.

Whether the culprit was the pizza-flavored crusts or the soft, almost soggy bread under all the layers of gooey cheese, it’s clear the Deep Dish Pizzas couldn’t compete with Little Caesar’s regular pizzas. They were amazing as afternoon snacks but were too heavy on the stomach. Not that that makes a difference as a pizza.

But if you were one of those people who actually enjoyed the Deep Dish Pizzas, I’ve got good news. As of November 2022, the pizza chain announced they would be adding a Detroit Style Deep Dish Pizza to their menu. This is an eight piece pizza that’s priced at only $8.99. This is $4.00 less than the typical deep dish pizza according to the pizza chain.

Are there any discounts you can claim at Little Caesars?

No, Little Caesar’s does not implement any company-wide student or senior discounts. However, on occasion, both can avail of discounts depending on monthly events. On their website, customers can avail of daily deals (Today’s Deals). Each online deal varies and can be availed when ordering through their online portal.

Little Caesar’s does not offer any loyalty or rewards programs, unlike most fast food chains. So the best way to get freebies and discounts would be through their website on occasion.

I do recommend watching your mailbox though because the company will send coupons on a monthly basis. It’s hard to believe considering how affordable the menu is.

What are the most popular menu items at Little Caesars?

1 slice of this offers 276 calories and a piece of heaven. The Hot-N-Ready Pizza is considered to be of the best pepperoni pizzas in the whole of the US. Such a big claim with a lot of truth to it. Contestable, but valid. Little Caesar’s has been making their signature pizza since 1997 and won’t be going away anytime soon. 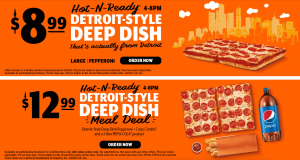 Detroit-style deep dish pizza is on the menu.

Crazy Bread is a genius gastronomic invention. While the Pepperoni Crazy Bread wasn’t all that. The concept was great and remains to attract customers daily on its own. Stuffing breadsticks are one great upgrade to your regular breadsticks. They are delicious on their own, for dipping, and as sides to homemade pasta or even Little Caesar’s wings menu.

Of course, the cheese version of Little Caesar’s famous classic Hot-N-Ready pizzas is one of their bestsellers. A pizza with buttery garlic crust stuffed with mozzarella cheese and topped with loads of Parmesan cheese. It’s a simple pizza that delivers divine sensations in your mouth.

Little Caesars’ ExtraMostBestest Pizza is an upgraded ”classic” pepperoni pizza that offers 80% more pepperoni and 25% more cheese. It’s a combination of two of their best-seller pizzas and of course, it tops as one of their most popular menu items.

Little Caesar’s Caesar wings are baked, not fried. And they are seasoned with a mixture of simple spices that sounds, looks, and tastes healthy! In fact, you only get 510 calories in 8 wings of this dish. That means you can indulge twice as much without worrying about extra calorie intake because there won’t be any.

Is there a secret menu at Little Caesars?

Yes, Little Caesar’s has a secret menu. And while items vary by location. You can guarantee the following secret dishes will be found in the majority if not all of their joints.

Little Caesar’s takes their popular Crazy Bread up a notch and offers an even crazier crazy bread. It is pizza dough that’s been sliced into small pieces and covered with garlic salt, butter, and parmesan cheese.

Little Caesar’s knows how to upgrade bread. An example would be their secret menu item, Zesty crazy bread. The dish contains a mix of many kinds of cheese and you can top it with any of their toppings and sauces. Customers go crazy with adding dried basil, extra onions, green bell peppers, and even jalapenos, too.

Little Caesar’s Hot-N-Ready pizzas are thick crusts. With their double-decker thin crust, you can enjoy their regular pizzas without crusts if you are not into them, no matter how good they make them. There is a catch, though. This special secret menu item features two thin-crust pizzas on top of one another, creating a delectable illusion that you are eating a regular-crust pizza with all the toppings in between.

It doesn’t end with the double-decker. Little Caesar’s famous pizzas can be ordered in a cake form and you can celebrate with your favorite pizza flavors in one big stack of pizzas. This one definitely takes the cake.

Are there any Little Caesars menu items for specialty diets?

No, unfortunately. Little Caesar’s does not offer healthy options for our vegan and vegetarian friends. And let’s face it, with a pizza-themed chain popular for its bread, pizzas, and wings at rock-bottom prices it’s hard to expect they would offer specialized dishes. Not to worry, there are some low-calorie Little Caesar’s food that one can try if they are on a specific diet.

Who is the target audience of Little Caesars’ menu?

Little Caesar’s advertisement campaigns are targeted toward families and adults from 18 to 49 years of age. Little Caesars targets individuals with less income to spend on meals like college kids and low-income families. But these meals remain popular for budget minded Boomers and Millennials too. I can recall visiting Little Caesars on numerous occasions back when the $5 Hot-N-Ready pizza was still offered during my mid-20s as a struggling young professional.

They are a popular pizza brand among sports fans and are known to be one of the top pizza chains ordered during game nights and events. They have been announced as official pizza sponsor for the NFL with none other than Los Angelos Rams quarterback Mathew Stafford as the chains spokesperson.

Did Little Caesars Raise their Prices?

Unfortunately, even Little Caesars had to increase their menu prices. In fact, even the $5 Hot-N-Ready that had maintained the same price since 1997 is no longer available. These days it will run you $6 for the same pizza representing a 20% price hike. All things considered that’s still a pretty good deal.

But why are the prices increasing at this budget-friendly pizza chain? According to the CEO Dave Scrivano, increased pizza costs can be attributed to increased labor and commodity costs like pepperonis. Specifically, the price of pepperoni has gone up by more than 50% over the past two years.

Of course, there are few alternatives when it comes to finding a less expensive pizza option. There are plenty of frozen pizza brands that sell for $6 or more at the grocery store. Even though the menu prices have gone up at Little Caesars, it remains the most affordable place to grab a slice. 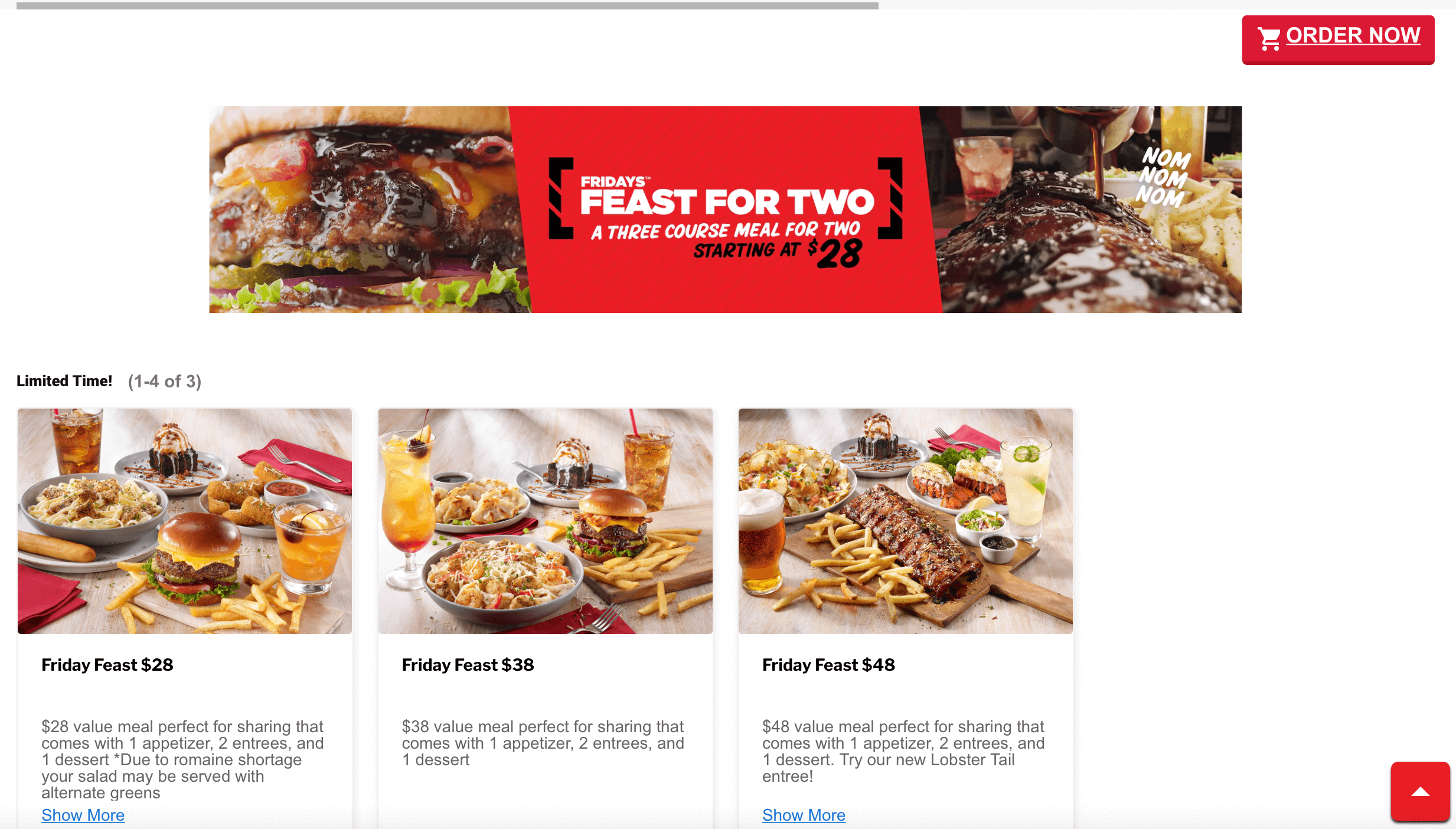 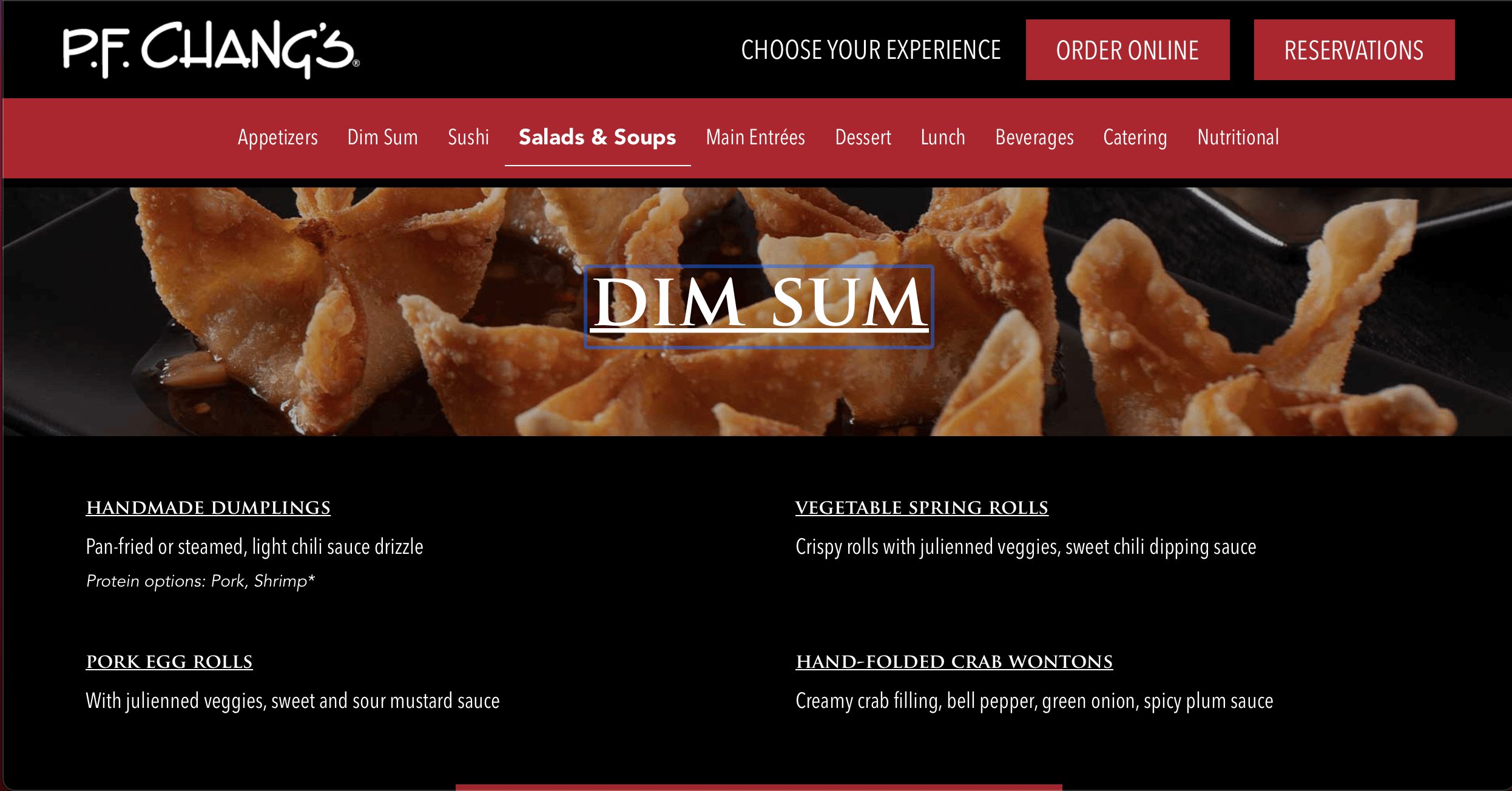 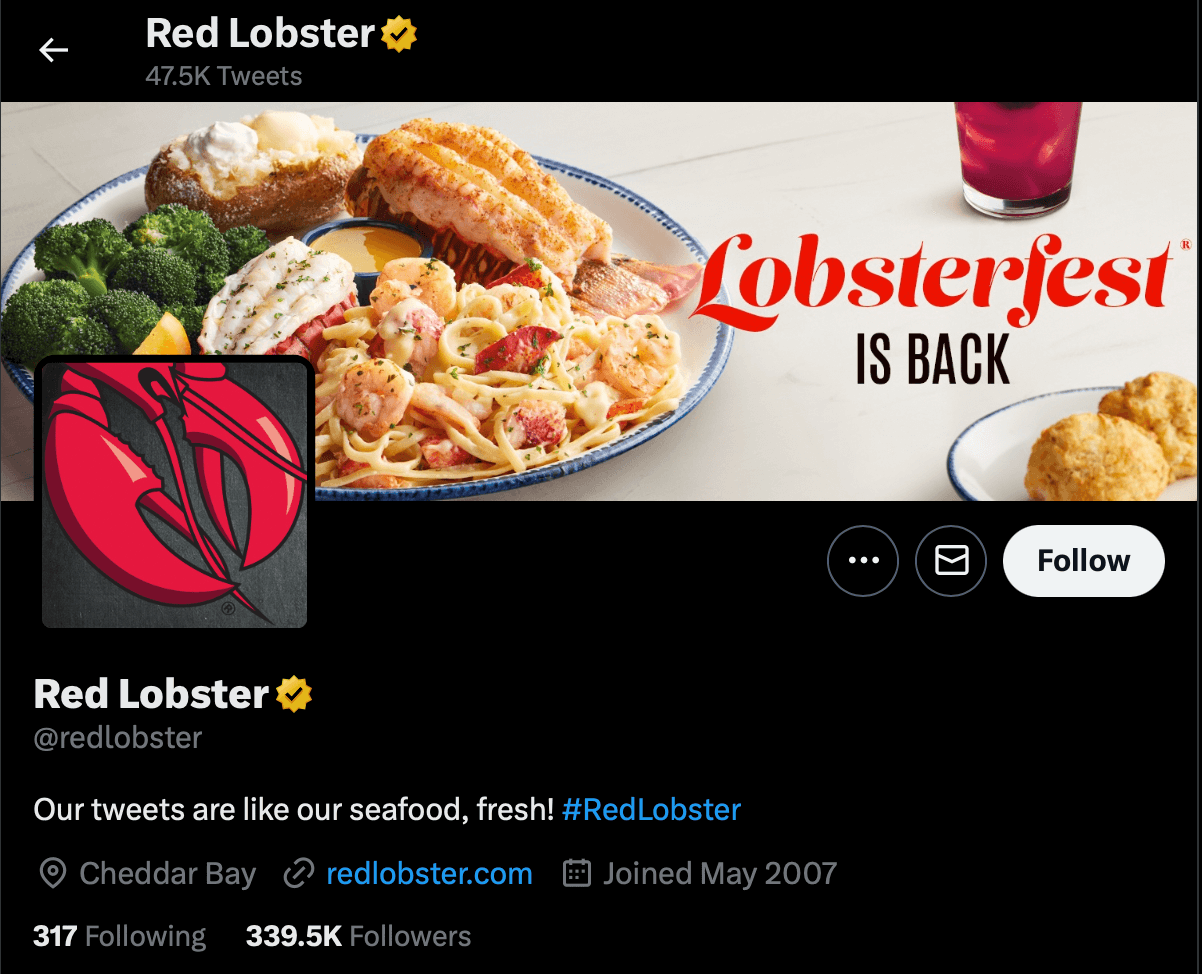