If you’re from Wisconsin, Culver’s restaurant holds a special place in your heart. This restaurant is a familiar destination growing up and remains a place to meet friends and socialize while enjoying an iconic custard during the summer months.

Culver’s was founded by Craig Culver and his wife wherein they strive to offer outstanding food and service to loyal consumers. The chain primarily operates in the Midwestern and is mainly known for its ButterBurgers, Frozen Custard, walleye sandwiches, and custards.

The company is a privately owned and operated American casual fast-food chain with an ongoing number of investors and franchisors growing the brand across the United States. There are more than 800 Culver’s location at the time of writing.

The estimated initial investment for this business is $2,349,000 minimum and $5,356,000 on the high end. This franchise in the upper range to open a burger business, but that doesn’t mean the investment wouldn’t be worth the risk. Take our 7-minute quiz to get matched with the right franchise opportunity based on startup cost and passion.

Still interested in evaluating the Culver’s franchise opportunity? In this franchise report, I weigh the pros and cons of this burger concept and break-down the expenses of getting started. Let’s get into it.

If you want to open Culver’s franchise, you need to be well aware of the financial requirements. The cost to get started is a real barrier of entry to would-be entrepreneurs.

Here’s what these financial terms mean in case you aren’t familiar with the language:

The Culver’s franchise unit brings in $3,300,000 for average annual sales based on FDD. This is incredible sales revenue numbers for a burger chain. Based on these figures it’s no surprise so many franchise operators are willing to invest at a higher level than comparable franchises.

With 830 locations in the United States and Canada, Culver’s is rated near the top in franchisee satisfaction over competitor brands in the same food category. 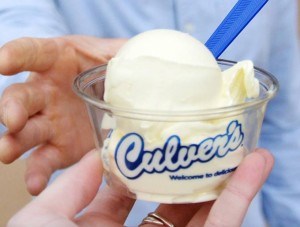 Culver’s is also a well-known fast-food restaurant chain primarily in the Midwestern United States. They have been known for their “butter burgers” and their “frozen custard”. But there’s a lot more to the menu than burgers and shakes. They offer chicken, fish, salads, and even cheese curds.

Apparently, Craig Culver, worked in McDonald’s after graduating from college in 1973. Eventually, Craig Culver and his wife Lea finally opened the first location Frozen Custard and ButterBurgers in 1984 and led the company until 2015. No doubt the couple drew some of their inspiration from the Golden Arches.

In the year 2017, the Culver’s corporation started selling minority of shares of the company, especially to the Roark Capital Group. Previously, the Culver family retained majority ownership of the company.

Culver’s open their doors 4 decades ago, but the number of locations and customers continue to grow. With the timeless menu, it’s no wonder the concept continues to resonate.

How Much Profit Does A Franchisee of Culver’s Franchise Make Per Year? 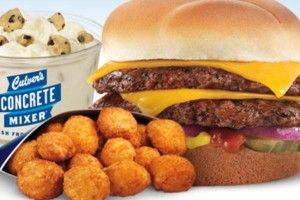 According to the Franchise Disclosure Document (FDD) states you can expect a 13% profit margin or $429,000 per location based on per unit revenue. I can’t stress enough how phenomenal these numbers are for a fast-food chain.

Based on this level of profit, you’ll could easily pay yourself an income between $75,000 to $175,000 a year. As you can imagine, if you were able to expand into multiple franchise units, you could make a very comfortable income.

Here are some of the advantages of franchising a Culver’s.

Training in operations, food handling, finances, and marketing is vital for any franchise to succeed. If you decide to become a Culver’s franchisee, you will undergo an intense training program.

New franchisees must complete a 16-week training program called Culver’s ButterBurger® University. This training module is not funded. The new franchisee is responsible for housing, transportation, and food during their Culver’s bootcamp.

However, the training course itself is included in the franchise price. Culver’s wants every guest to leave happy and they send an opening team you franchise location one week before the scheduled grand opening to help with the final preparations.

The opening staff remains on-site for 2 weeks after the grand opening to help make sure everything runs properly. You only have one chance to make a first impression with new customers and this team helps ensure the opening goes smooth. With the in-depth training program provided by Culver’s, you can feel confident you’ll be ready for almost anything.

In the burger industry where there are dozens local competitor anywhere you live, you’ve need a way to differentiate your joint from the herd. It’s also important to have well-managed and effective marketing strategies to promote your restaurant.

The Culver’s are making extra efforts to promote their business and stand out from the competition. Amidst the tough competitors, there is no way that Culver’s could not take their own leap because they perform marketing analysis to help Culver be known in more places.

Here are some of the unique marketing tactics you can expect from Culver’s: 1.) Television advertising 2.) Coupons in local mailers 3.) Tremendous brand loyalty and awareness.

In the year 2016, Culver’s was hailed as one of the 12 fast-food chains taking over America with a US average sales per unit in the year 2015 with $2,183,800 and US systemwide sales of $1.2 billion! Since then, revenue numbers continue to increase as more units are added to the system.

Culver’s has always emphasized food quality. This is a fantastic approach because the Culver’s brand is protected through rigorous food safety requirements for our suppliers and distributors.

All franchises can feel confident they’ll have a steady supply of high-quality products. This used to be an expectation among restaurants, but the last couple of logistics and shipping challenges have revealed the importance of this competitive advantage.

Culver’s has also proven are also very innovative in creating new items that live up to or even surpass the expectations of their customers. Cheese curds are one of my favorite unique menu items sold at Culver’s. 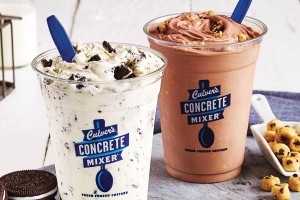 Understanding the challenges of any fast-food business is essential before submitting a franchise application. Here are some of the struggles to be aware of.

When it comes to franchising, pulling the startup funds together is one of the biggest challenges for a would-be franchisee. It’s important to consider the level of investment you pay to participate in a business when determining your return. In general, the stepper the startup cost the longer it will take to repay a business loan.

The Culver’s franchise really has an expensive amount of estimated initial investment. If you have a tight budget for franchise investment, this might not the best option to evaluate.

Consumers have become more aware of the food they put into their bodies. A lot of people are changing their diets to eat vegan, vegetarian or Mediterranean. This eating and lifestyle change doesn’t bode well for burger chains.

Lawsuit Issues With The Minorities

There has been a scandal surrounding the company, as well as a lawsuit filed against it, for failing to open stores in minority-populated areas of the country.

It has been alleged that Culver Franchising System, LLC discriminated against racial minorities in one of its restaurants in a complaint filed against the company. When it comes to minorities, Culver’s lawsuit will make him a target for the anti-minority sentiment. Such controversies are difficult to forget and can impact sales.

As a Culver’s owner-operator, you are expected to work full-time. Only individuals ready to work hands-on with the new franchise will be accepted.

Each franchise requires a minimum 50% ownership investment or an owner-operator must own 25% of the real estate. Culver’s is looking for people that want to be in the front lines serving customers and watching over the daily operations. If you have a second business or full-time employment, joining this franchise will close to impossible if you don’t plan to dedicate your full time and attention to the restaurant.

Is Culver’s a Better Option than McDonald’s?

Culver’s and McDonald’s are both prominent fast-food chain businesses. If in doubt if Culver’s can compete with McDonald’s, I lay down this answer for you. McDonald’s is popular among American citizens, and even other countries worldwide. But Culver’s has clearly differentiated its product offer.

While Culver’s may never become the global brand that McDonald’s has become there’s still plenty white-space left for growth. Most foreign consumers do not recognize Culver’s and their signature foods. As a prospective franchisee managing over a few locations, you won’t be negatively impacted by this.

Now let’s talk about the price. Food costs at McDonald’s are cheaper than Culver’s. As a result, McDonald’s appeals to a different type of customer that’s interested in quickness of service and low cost. Culver’s appeals to a more middle-income consumer.

With regards to the menu selection, Culver’s have a very different menu. You’ll find butter burgers, custard, cheese curds, and more on the menu. Customers go to the buttered and toasted buns at Culver’s rather than the ordinary buns served at McDonald’s.

And don’t even get me started on the better customer service. There’s a lot that differentiates the two restaurant chains. If I wanted to be a fast-food operator, I would choose Culver’s as an investment because of its more appealing environment and more affluent customers.

How much is the Founder of Culver’s Worth? (Craig Culver) 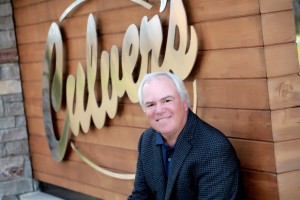 Owner and founder of Culver’s.

According to the 2021 case study about Craig Culver’s networth, the founder is valued at approximately $15 Million. I’d bet this is estimate is pretty low based on the growing value of the company.

The secret of Craig Culver’s wealth is his business acumen Culver’s, unlike other fast-food restaurants, places a high value on customer satisfaction.

Why are Culver’s Menu Prices so Expensive?

Culver’s is known for their food business and one of the questions frequently asked is “Why are the menu prices so expensive?”

According to the Restaurant Manager Magazine, Culver’s prices are usually more expensive because of the serving size is larger. Based on my own experience eating at the restaurant, I think this is accurate. Culver’s burgers are much larger than McDonalds and other chains I’ve visited recently.