Is the Total Cost to Open a Taco John’s Still Worth It?

For Taco John’s restaurant, a bigger, bolder, and better opportunity comes with a steep price tag for investment. With the tagline, “The fresh taste of West-Mex”, this fast-casual chain serves Mexican cuisine in 380 stores across 22 states in the country.

This fast-food brand has proven to be profitable as the top 25% of its location generated an average revenue of at least $1,570,000 at a 4.8% compound annual growth rate. Nonetheless, the ultimate question remains: Is the cost to open taco John’s still worth it? Read my perspective below. Take our franchise quiz to find the right franchise for you. 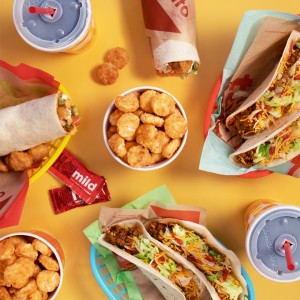 Below is an overview of the financial requirements and fees that you need to understand before joining Taco John’s as a franchisee:

If you’re unfamiliar with the terms above, let me explain:

As a of Taco John’s franchisee, you would need to invest $1,057,000 to $1,599,000. The total startup cost falls in line with similar concepts like El Pollo Loco. This explains the financial means of a million worth in assets and half a million worth of liquid capital for a franchise application to be considered.

Nonetheless, the good news Taco John’s does have a lower cost franchise fee. You only need to pay $25,000 to sign a franchise agreement that lasts for 20 years given that you’re a qualified applicant. If you’re already a Taco John’s franchisee, the initial franchise fee for subsequent locations would only cost $20,000. The fee for non-traditional locations like college campuses or airports the fee is only $10,000.

When did the first Taco John’s open?

In 1968, John Turner operated a small taco stand known as Taco House in Cheyenne, Wyoming, and immediately attracted customers in the locale with the interesting taste of the products of his chosen cuisine that appealed to both Generation X and Millennials.

On March 14, 1969, the first “Taco John’s” branded restaurant opened as they entered the world of franchising and got their brand renamed after the founder.

What is the net worth of Taco John’s?

As of 2021, the companies net-worth is $106.8 million dollars with its top 25% performing locations earning an average revenue of $1.57 million dollars.

Franchising paved the way to the phenomenal success of Taco John’s. From a small taco stand, Taco John’s grew as one of the largest Mexican quick-service restaurant brands in America with nearly 400 stores in 23 states and more or less 8,000 employees (as of 2019).

Is Taco John’s in California? 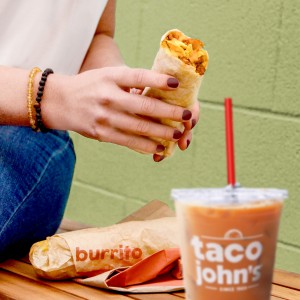 Unfortunately, no. Well, not YET. California is among the 34 states that don’t have a single Taco John’s restaurant in their area. It’s only available in 22 states and the top three states with the most Taco John’s location are Nebraska (40 locations), Minnesota (59 locations), and Iowa (57 locations).

Though Cheyenne, Wyoming is the hometown of the restaurant, it’s only the third city with the most number of Taco John’s in the United States at only 5 locations. If you wanna go somewhere with a Taco John’s in nearly every corner of the place, you should consider visiting Sioux Falls, South Dakota because they have 9 locations there.

How Much Profit Does Taco John’s Franchisee Make Per Year?

Below is a brief analysis of the profit that a Taco John’s franchisee would make per year based on the performance of the restaurant brand in the market.

Taco John’s is a Mexican quick-service restaurant known for its bold flavors and fresh innovations. My personal favorite on the menu is “Six Pack and a Pound” offering. This includes six beef tacos and a pound of potato ole’s.

Taco John’s targets experienced entrepreneurs who can invest millions in their businesses. The lowest amount you can invest is $1,057,000 while the concept tops out at $1,599,000.

Unfortunately, the calculations showed that the amount a store can earn barely surpassed the capital. As of 2021, The system-wide sales of the restaurant reached $106,800,000. Currently, the brand has more than 380 stores in 22 states so that means each store may only earn $281,052 on average.

The top 25% performing locations of Taco John’s earns a gross revenue of $1,570,000 which is somewhere between the capital range. Given that the fast-food restaurant industry has only a 9% profit margin max, a franchisee can may only profit $25,294.68 per year after taxes, wages, rent, and all other expenses. This would be disappointing performance if you only operate one unit. 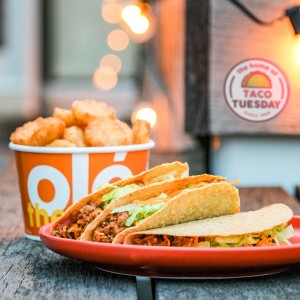 In this section, I will explain the advantages and disadvantages of owning a Taco John’s franchise. I hope this will help you further decide if its potential for profitability is something you would look forward to in your investment.

Is the Taco John’s Worth the Cost to Invest? 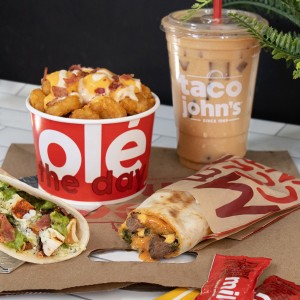 How do you pair up your tacos?

The Taco John’s franchise is not for everyone. No franchise opportunity is! The corporate offices prefer to partner with entrepreneurs with a million worth of assets and proven themselves in the restaurant industry. Put in another way. They want franchisees with deep pockets and a track record of success.

Nonetheless, considering how massive the Mexican restaurant industry is and how well-established their reputation has been, Taco John’s could be worth investigating further. If you have what it takes to make it a Taco Tuesday, then this is your sign to get more information about the business by reviewing the Financial Disclosure Documents.