This might sound unbelievable now, but back in 2001, Shake Shack was nothing more than a small hot dog stand. Fast forward just over two decades, and Shake Shack is now viewed as an innovator in the quick-serve restaurant space serving high-quality burgers, milkshakes, crinkle cut fries, and more.

As you may probably noticed, Shake Shack increased their menu prices more than once over the past 2 years. Let’s take a look at the most updated menu and price for Shake Shack in 2023.

FAQs about the Shake Shack Menu

What menu items have been discontinued at Shake Shack?

At the start of the pandemic, Shake Shack chose to reduce their menu in order to better handle an influx of takeout and delivery orders. For the time being, that limited menu is still in place. Let’s take a look at some of the dishes that have been removed from the menu in an effort to streamline operations.

The Chicago Hotdog was served on a steamed poppy seed bun and contains an all-beef frankfurter. The items was garnished with yellow mustard, bright green relish, chopped onions, tomato wedges, a kosher-style pickle spear, a few spicy sport peppers, and a sprinkle of celery salt. Given that they made their name in the fast food industry through burgers, it’s maybe no surprise corporate decided to axe this item.

Shake Shack’s frozen custard desserts were one of the discontinued items as a result of pandemic-related menu reductions. The much-loved dessert used to be piled high with toppings are no longer available and it remains uncertain if they’ll every make a comeback.

Shake Shack initiated a charity campaign by introducing Pie Oh My Concretes at the majority of their US locations. 5% of earnings from each Pie Oh My concrete was given to the charity partner associated with the Shack. Every individual Shack’s concrete was made with freshly-baked seasonal pies from local vendors, with flavors that change every quarter including Apple Pie, Chocolate Cream Pie, Turtle Pie, Pumpkin Pie, and Blueberry Pie with Poppy Crumb.

Shake Shack’s Chicken Dog might appear to be a good choice, but don’t be tricked by its delicious appeal. This Chicken dog is made with apple and sage, however, it just has the taste of a combination of dry meats that lacks seasoning. Customers were let down by this hotdog and it’s probably the main explanation behind why it disappeared from the menu. Shake Shack has set a high-bar for their menu items.

To commemorate the most important football match of last year, Shake Shack presented the Buffalo Chicken Sandwich. This sandwich included a classic, hand-breaded chicken breast, fried until crispy and then covered in a fiery buffalo sauce, with ranch, pickles, and shredded lettuce as toppings. Too bad you can’t order it anymore. 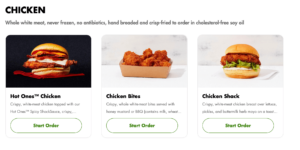 The Buffalo Spiced Cheese Fries was introduced along with the Chicken Buffalo Sandwich to commemorate the biggest football game of last year. The fries were seasoned with buffalo flavor and served with a side of ranch dressing and a generous helping of cheese-drenched potatoes.

Are there any discounts you can claim at Shake Shack?

There’s no shortage of online feedback from customers stating that Shake Shake is too expensive. Unlike other burger joints, Shake Shake doesn’t offer value meals where you get a discount for ordering an entree, fries and a drink. Everything at Shake Shake is ordered ala carte, meaning there are no ordering hacks that let you save.

Unfortunately, Shake Shack does not currently provide senior or military discounts or any other promotional deals. Nonetheless, you can subscribe to their email newsletter on their website or app to get special offers and you’ll be the first to hear about deals.

Despite customer gripes, Shake Shack increased there menu prices between 3% – 3.5% in 2021. The company cited numerous inflationary pressures like the increased price of ingredients and labor costs as the catalyst for the menu change. Of course, many other fast-food changes have had to pass on the buck to their customers in the form of higher prices over the past 2 years.

While you are paying more for a burger at Shake Shack than Burger King there are some good reasons for the increased cost. For one, Shake Shack pays employees $2 more than minimum wage according to reports.  The company also covers healthcare for employees and offer monthly bonuses called “Shack Bucks” that represent up to 1% of the company’s revenue. These regular bonuses can often represent an extra $280 – $320 per month for full-time employees working 40 hours a week.

Shake Shack also uses more expensive and higher quality ingredients than competitors. These more expensive ingredients mean higher prices for consumers. One premium item used by Shake Shack comes is Martin’s Potato Rolls. Unlike other bakeries, Martin’s only leaves their buns on store shelves for 3 – 4 days to maintain freshness. You won’t get this short of commitment from other fast-food chains with razor thin margins.

Of course it’s not just food inflation resulting in higher prices, I can’t overlook the fact that Shake Shack is actively trying to increase your average check price with every visit. Need an example? In 2021, Shake Shack added a variety of premium upgrade options like avocado, black truffle, and cherry peppers in an effort to boost margin even further. If you want avocado added to your burger, it will cost an additional $1.25. It all adds up to higher prices for you.

What are the most popular menu items at Shake Shack?

The ShackBurger is the iconic cheeseburger that put Shake Shack on the map and it’s easy to see why. It is topped with a classic lettuce and tomato combination. Green leaf lettuce was chosen for its texture, crispness, and bitter flavor, and Roma as the tomato for its sweetness. This works to provide a pleasing contrast against the buttered bun and cooked patty.

The Shack Stack is an incredibly indulgent hamburger patty topped with a massive fried Portobello mushroom, melted cheese, lettuce, tomato, and ShackSauce, all of which combine to create indulgence and extravagance.

The SmokeShack may not seem appealing, but it certainly packs a punch when it comes to flavor. Its hefty and meaty nature is complemented by the tart sweetness of the cherry pepper and applewood, which adds a zest and vibrancy not often seen in bacon cheeseburgers, enhancing the flavor of the fatty patty.

The crinkle-cut French fries at Shake Shack are scrumptious all by themselves, but when you add their renowned cheese sauce to the mix, it becomes quick-serve delicacy. 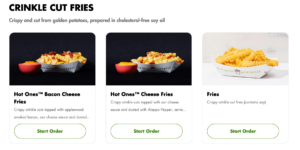 Is there a secret menu at Shake Shack?

Test your competitive nature and see if you can take on this four-leveled delectable beast. If you really want to test your hunger, try this large quad burger. Essentially, it’s the classic ShackBurger with four times the beef. Although the regular ShackBurger has great flavor, this one is a show-stopper of extravagance. Just order one of their burgers with four beef patties and you’re ready to dig in!

You’ll have to put in the effort, but the flavor payoff is worth it! Complete your classic hot dog with pickles, onions, tomatoes, peppers, and cucumbers. Then, watch the toppings come together for a delicious, visually stunning meal.

This one’s a must-try for all peanut butter fanatics! It was served up on the menu for a single weekend, and it was a massive hit! Sadly, due to allergy concerns, it was removed from the regular menu, but you can still get it on the secret menu. Ask for a bacon ShackBurger and a side of peanut sauce, then pour the sauce all over the patty and bite into an amazing burger experience!

This root beer float is sure to give you the feeling of being in a classic diner. Shake Shack’s interpretation of the classic is even better due to the creamy and smooth vanilla custard. Simply order a root beer and request a scoop of custard be put in.

One could be forgiven for thinking a beer-lemonade mix would taste awful, but I assure you it’s awesome! If you’re planning a burger outing on a hot day, this beverage is the perfect accompaniment. Refreshing and slightly sugary, it’s sure to make your meal even more enjoyable.

Other secret items at Shake Shack:

Are there any menu items for specialty diets at Shake Shack?

Let’s take a look at the vegan and vegetarian preference menu items below.

Who is the target audience of this Shake Shack’s menu?

Shake Shack is highly appeals to a growing number of American diners, particularly 18- to 34-year-olds. Its target demographic is Millennials, who are slightly more affluent and prioritize both food quality and experience. The Shack’s customizable, grab-and-go burgers are a major draw for this important demographic.

Shake Shack is devoted to creating an enjoyable and cost-effective experience while simultaneously endorsing local communities and doing good through its corporate policy. This is achieved not only by providing eco-friendly products but also by sustaining a wholesome atmosphere that’s welcoming to all. 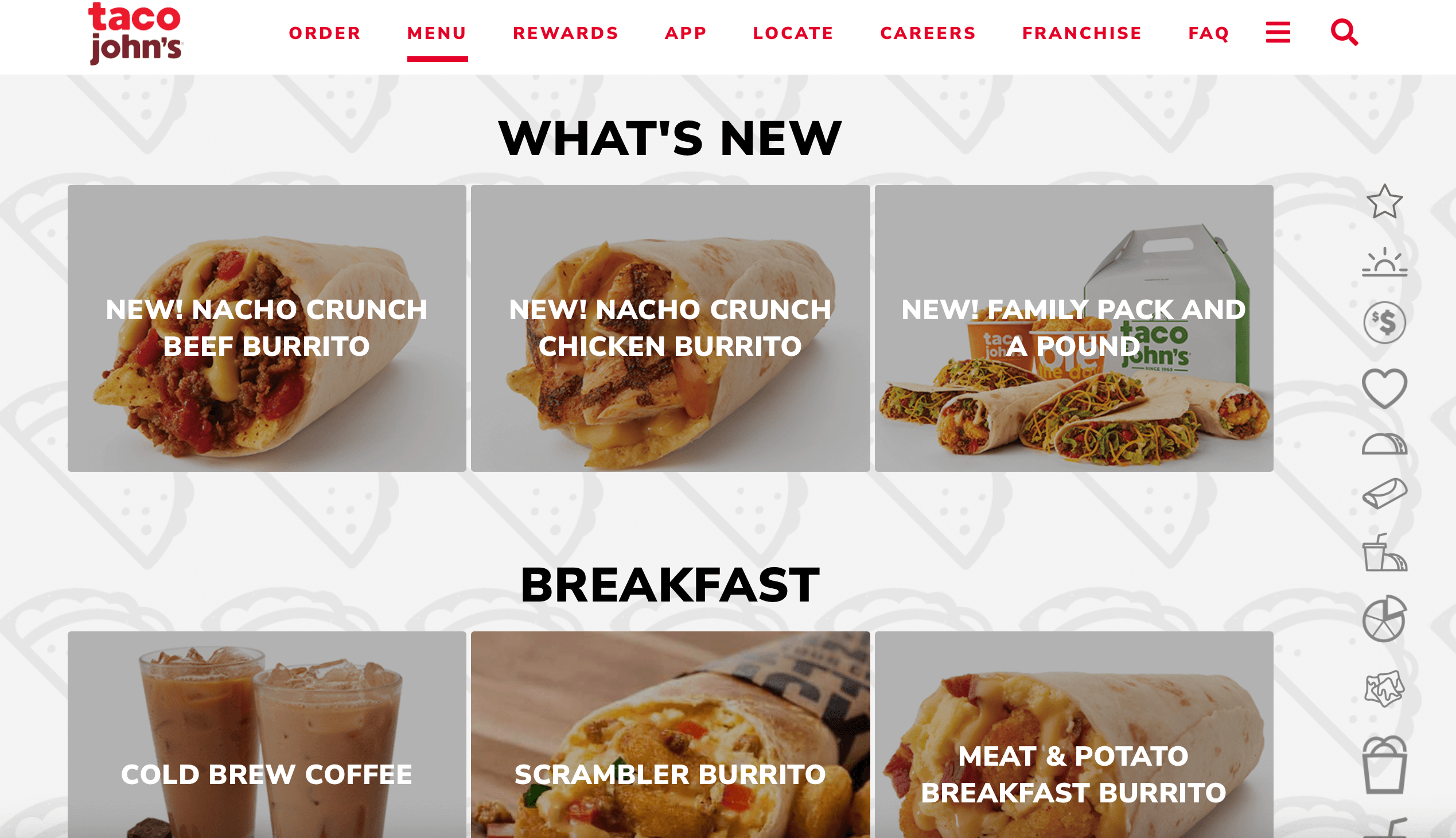 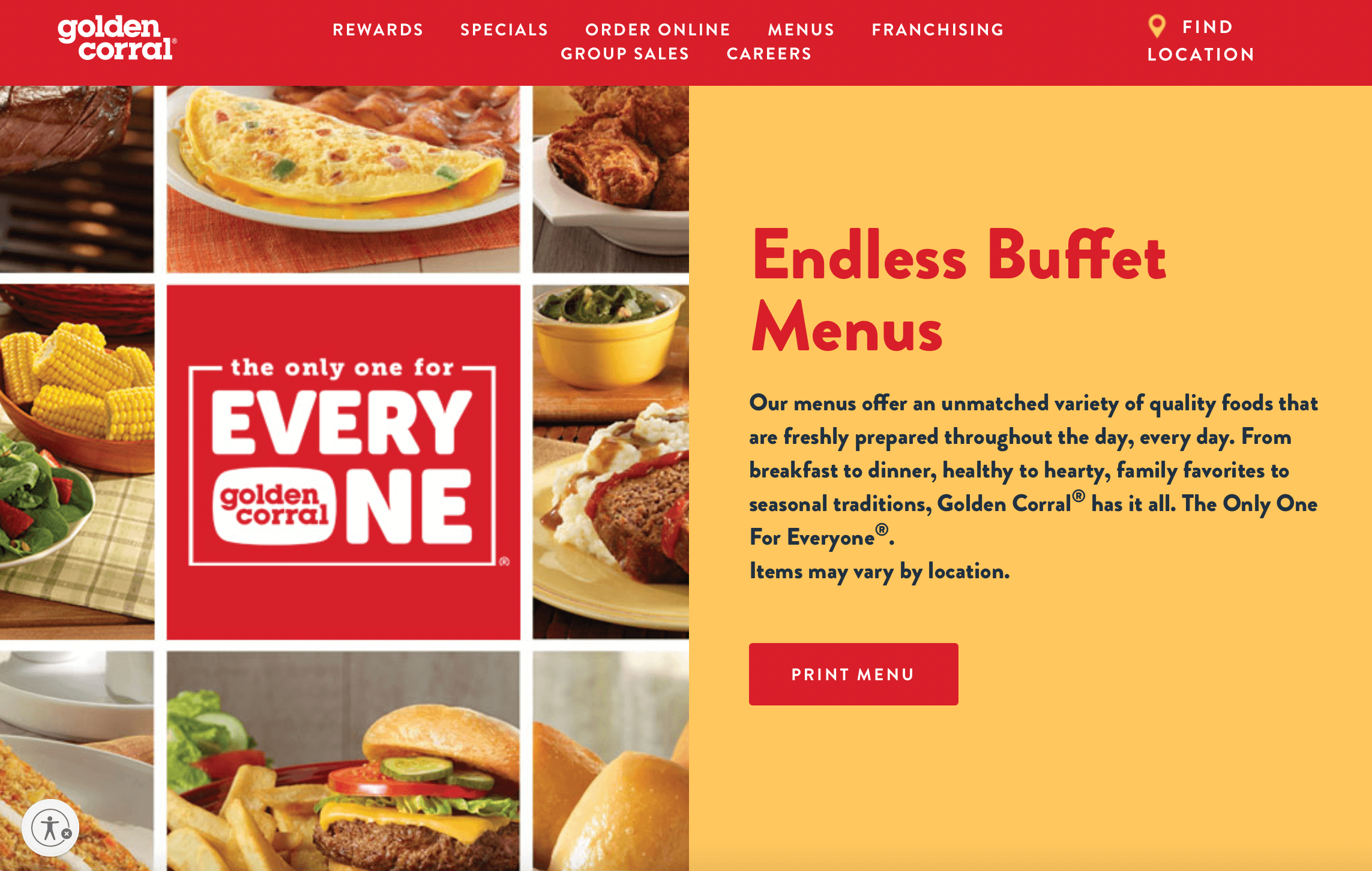